Our clients previously represented plaintiffs in a Court of Claims lawsuit against the West Virginia Department of Highways. At issue was a culvert plaintiffs alleged caused flooding on their property. The lawyers obtained an $85,000 settlement for the plaintiffs in exchange for a release by plaintiffs of their claim and release of any future claims arising from the alleged defective culvert. Five thousand dollars of the settlement was earmarked for plaintiffs to use to hire a contractor of their choice to clean out the culvert, which they never undertook. Plaintiffs, however, alleged they were not informed the settlement included a release of future claims and sued their lawyers for malpractice. We represented the lawyers in the legal malpractice lawsuit.

In the malpractice lawsuit, plaintiffs alleged but for the release of their future claims, they would have been able to sue the Department of Highways repeatedly with respect to the culvert. At trial, via cross-examination of the plaintiffs, we proved the terms of the settlement were explained to plaintiffs prior to the settlement being consummated. We ultimately obtained judgment as a matter of law in favor of our clients at the close of the plaintiffs’ case-in-chief. 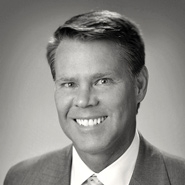