Share This Page
Our client was sued for not giving plaintiff another 1-year contract after having done so for a series of years. The plaintiff, a local kennel owner, claimed this led to the loss of his business and the loss of his family.

Initially, we argued our client was well within its rights not to enter in another contract with the plaintiff for another year as it had fulfilled its contract for the year and had no obligation to issue another. We moved for summary judgment, but the case continued to trial.

Because the plaintiff was claiming emotional distress, we carefully investigated the plaintiff and discovered that he had seen a psychologist for several years. We obtained his records, and found that all of the things plaintiff claimed were caused by the expiration of his contract actually were present long beforehand. Moreover, some of the problems shown in the records were among the reasons our client decided not to award another contract.

In opening statement, we used the records to show that plaintiff’s personal and professional issues began before his contract lapsed, despite being interrupted by multiple objections by plaintiff’s counsel. As a result of the discovery of these records, the case was settled. 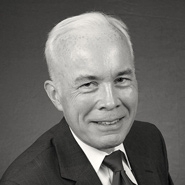