Resolved dispute with FCC on behalf of cable company

Share This Page
We represented a cable company that was contacted by the Federal Communications Commission regarding alleged noncompliance with the FCC’s leakage reporting and annual reporting, found on forms 320 & 325. The client was threatened with a loss of their license. We worked on behalf of the client to negotiate with the FCC to resolve the alleged reporting issues that were noncompliance, and the client was able to avoid all threatened fines and franchising penalties. We also have advised the client on a number of municipal franchise agreements. 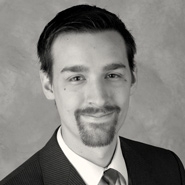