We represented our client, Genie – a global aerial work platform manufacturer, in a lawsuit after a worker suffered fatal injuries in an entrapment accident. The plaintiffs claimed that aerial work platforms should be equipped with mandatory secondary guarding accessories, which plaintiffs claim would have prevented this death. The plaintiffs sought $69 million, including punitive damages.  Post-accident evidence, including evidence of non-similar accidents, were allowed to go to the jury. Despite these challenges, we received a unanimous defense verdict from the jury after nearly two weeks of testimony.  The jury rendered the defense verdict in under 90 minutes, agreeing these machines, which have been used for decades and millions of man hours, are not defective and unreasonably dangerous. This case was also significant for the industry, as it is the first entrapment case to be tried to verdict. 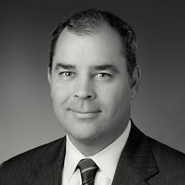