The Ninth Circuit recently ruled against the government on jurisdictional grounds in the False Claims Act (FCA) qui tam case, United States v. United States ex rel. Thrower, No. 18-16408, 2020 U.S. App. LEXIS 24621 (9th Cir. Aug. 4, 2020), holding that a district court’s denial of a government motion to dismiss an FCA action is not immediately appealable under the collateral order doctrine and dismissing the government’s appeal. Now the Seventh Circuit has decided a similar case, United States ex rel. CIMZNHCA, LLC v. UCB, Inc., No. 19-2273, 2020 U.S. App. LEXIS 25954 (7th Cir. Aug. 17, 2020), in the government’s favor. CIMZNHCA resolved the jurisdictional question by construing the government’s dismissal motion as both a motion to intervene and a motion to dismiss, found no statutory basis for the sort of test the Ninth Circuit imposes on government motions to dismiss FCA qui tam actions,1 and reversed and remanded with instructions to dismiss. These two opinions, along with legislation currently being drafted by Sen. Charles Grassley (R-Iowa) and ongoing Department of Justice (DOJ) policy regarding dismissals, ensure that uncertainty continues to swirl around the DOJ’s dismissal power in qui tam cases.

The Government’s Dismissal Power Under the FCA

In Thrower, a qui tam action alleging Academy Mortgage Corp. defrauded the government by falsely certifying loans for federal mortgage insurance, the government declined intervention and moved to dismiss. United States v. Academy Mortgage Corp., No. 16-cv-02120-EMC, 2018 U.S. Dist. LEXIS 109489 (N.D. Cal. June 29, 2018). The district court denied the motion, finding the government failed to (1) meet its burden of demonstrating a valid governmental purpose for dismissal, and (2) investigate fully the complaint’s allegations. See id. at 9–10. The government filed an interlocutory appeal with the Ninth Circuit, invoking the collateral order doctrine. Under the latter, circuit courts of appeal, in addition to their jurisdiction over appeals from district court “final decisions” under 28 U.S.C. § 1291, can also hear appeals from a small class of prejudgment orders that are both “collateral to” an action’s merits and “too important” to be denied immediate review. See Thrower, 2020 U.S. App. LEXIS 24621, at *7 (quoting Mohawk Indus., Inc. v. Carpenter, 558 U.S. 100, 103 (2009)).

At oral argument, which we analyzed here, discussion revolved, first, around whether the district court’s denial of the government motion infringed on the Executive Branch’s authority to enforce federal law, and on the government’s statutory dismissal right under the FCA; and, second, whether the appellate court even had jurisdiction over the appeal. The panel decided the appeal based on the latter, focusing on a “question of first impression in the federal courts: is a district court order denying a [g]overnment motion to dismiss an FCA case under § 3730(c)(2)(A) an immediately appealable collateral order?” Id. at *4 (alteration added).

The answer to that question hinged, in turn, on the “dispositive” issue of “whether the order resolved important questions separate from the merits.” Id. at *12. The panel found the governmental interest implicated in the denial of its motion to dismiss not “sufficiently important to justify expanding the collateral order doctrine’s narrow scope” as a carve-out from the final judgment rule—“at least in cases where the government has [declined] to intervene.” Id. at *14. In particular, the court distinguished United States ex rel. Eisenstein v. City of New York, 556 U.S. 928 (2009), on which the government relied. There, the Supreme Court gave, as an example of an immediately appealable order, one dismissing an FCA action over the government’s objection. See 556 U.S. at 931 n.2. In the court’s view, the latter decision is “prototypically ‘final’” because it “ends the action,” in contrast to the denial of a motion to dismiss, which enables an action to proceed. Thrower, 2020 U.S. App. LEXIS 24621, at *11–12.

The Seventh Circuit Takes a Different Path in CIMZNHCA

In CIMZNHCA, the relator alleged Anti-Kickback Statute violations by pharmaceutical defendants that provided free nursing and other remuneration to prescribing health care providers, allegedly as inducements to recommend defendants’ drugs. The government declined intervention and moved to dismiss. United States ex rel. CIMZNHCA, LLC v. UCB, Inc., No. 17-CV-765-SMY-MAB, 2019 U.S. Dist. LEXIS 64267, at *3 (S.D. Ill. Apr. 15, 2019). The district court applied the Sequoia Orange standard, see id. at *6–7, finding the D.C. Circuit’s approach in Swift rendered “superfluous” the statutory hearing under § 3730(c)(2)(A), id. at *7–8. The court found it implausible that “Congress intend[ed] for courts to be relegated to simpl[y] providing a venue” for the relator to “plead[] its case to the [g]overnment.” Id. at *7–8 (alterations added).

Though the government’s asserted interest of avoiding unnecessary litigation costs was valid, id. at *8–9, the court found the government had failed to conduct even “a minimally adequate investigation” of the relator’s allegations or to furnish “a meaningful cost-benefit analysis” of the case, id. at *9–10. The court concluded that there was “no rational relationship” between the government’s expressed policy interests and dismissal. Id. at *10.3

The Seventh Circuit reversed. Beginning with a detailed reading of the statute, CIMZNHCA, 2020 U.S. App. LEXIS 25954. at *7–13, 15–20, and rejecting (as did Thrower) the government’s contention that the Supreme Court in Eisenstein had settled the jurisdictional issue, id. at *12–13, the court determined that the government could not move to dismiss without intervening, id. at *10–15. Finding that “intervention was in substance what the government sought and in form what the [FCA] requires,” the court therefore construed the government’s motion to dismiss as a motion to intervene and then to dismiss. See id. at *10–12, 15. In large part because the immediate appealability of denials of motions to intervene is “well established,” see id. at *10–11, 28, the court thus found it had successfully circumvented the jurisdictional obstacle the Ninth Circuit had found dispositive in Thrower, id. at *13–15, 28.4

As to the merits, the court characterized as “a false [choice]” the alternative between the Ninth Circuit (Sequoia Orange) and D.C. Circuit (Swift) standards for assessing government motions to dismiss, but observed that “the correct answer lies much nearer to Swift.” Id.  As the district court (and Thrower) had done, the court rejected a view of the § 3730(c)(2)(A) hearing as one in which the district court merely convenes, hosts—perhaps serving “donuts and coffee”—and passively observes while the relator pleads its case against dismissal to the government. Id. at *31–32. In that respect, the court took strong issue with Swift. Id. at *32. But the court also declined to read § 3730(c)(2)(A) as authorizing any inquiry beyond the dictates of Federal Rule of Civil Procedure 41 governing dismissals and of substantive due process under the Constitution. Id. at *37–38. Limiting the scope of the statutory hearing in this way, the court stressed, “does not render [the hearing] process futile as a general matter.” Id. at *37. The court saw no problem with the § 3730(c)(2)(A) hearing typically “serv[ing] no great purpose,” while assuming greater import in the unusual case where the government’s dismissal decision may have been triggered by a fraud upon the court such as a bribe, or other infringement of “the [Federal] Rules, the statute, or the Constitution,” Id. at *34­–35, 37,

In rejecting Sequoia Orange’s two-part test, the court found no basis for courts to impose their own “standard for § 3730(c)(2)(A) dismissals where Congress itself has supplied none in the enacted statute.” Id. at *37–38. “If Congress wishes to require some extra-constitutional minimum of fairness, reasonableness, or adequacy of the government’s decision under § 3730(c)(2)(A),” the court concluded, “it will need to say so.” Id. at *38 (citing § 3730(c)(2)(B)).

That Congress may have something to say on the issue seems a distinct possibility in light of a recent Senate floor speech5 by Sen. Charles Grassley, the self-proclaimed father of the 1986 FCA amendments that spurred dramatic increases in qui tam actions.6 In his remarks, Grassley criticized the DOJ for what he called its “recent practice” in many FCA qui tam cases of “dismissing charges . . . without stating its reasons,” and said he was drafting legislation to “clarif[y] ambiguities created by the courts and [rein] in this practice.”7 Until the bill is formally introduced, however, it is unclear what textual changes Grassley is proposing, and what effect any amendments might have on the DOJ’s dismissal power if enacted.

There is some irony in the fact that the sole instances where the government has ever been denied dismissal of a qui tam—Thrower in the Ninth Circuit and CIMZNHCA in the Seventh—have come at a time when the DOJ is urging prosecutors to make more vigorous use of the government’s dismissal power over qui tam cases the government sees as unmeritorious. The latter move was heralded by a January 2018 DOJ internal policy statement that has come to be known as the “Granston Memo.” This memorandum encouraged more systematic prosecutorial use of § 3730(c)(2)(A) dismissal to end meritless actions, preserve government resources, and advance other governmental interests.

The issue of the government’s dismissal power in qui tams remains unsettled. Thrower reinforces the Ninth Circuit’s more restrictive view8 in contrast with the D.C. Circuit’s “unfettered discretion” standard9—an emerging circuit split left unresolved by the Supreme Court’s recent denial of certiorari in United States ex rel. Schneider v. J.P. Morgan Chase Bank, N.A., No. 19-678, 2020 U.S. LEXIS 2079 (Apr. 6, 2020).10 With CIMZNHCA, the Seventh Circuit has in effect lent substantial weight to the D.C. Circuit’s approach. All the while, the DOJ continues to apply the principles enunciated in the Granston Memo, and Sen. Grassley’s draft legislation introduces a new unknown. Nevertheless, despite circuit differences, even the more restrictive view remains highly deferential to the government on its motions to dismiss,11 and the Granston Memo can be seen more as an effort to systematize the criteria for seeking dismissal than a radical departure in government policy towards qui tam actions.

[3] The court also found evidence that the government’s proffered reasons for dismissal were pretextual, and the government was actually motivated by animus towards the relator, a company it characterized as a “professional relator.” CIMZNHCA, 2019 U.S. Dist. LEXIS 64267, at *11–12.

[4] The court also considered arguments that § 3730(c)(3)’s requirement that the government show good cause in order “to intervene at a later date” after having “elect[ed] not to proceed with [an] action” might encroach on the government’s Article II powers to control prosecutions. See Thrower, 2020 U.S. App. LEXIS 25954, at *20–28. The court characterized the provision’s purported constitutional infirmity as “dubious,” and in any case, found that the doctrine of constitutional avoidance could be applied to defer the question. See id. at *20–21, 27.

[7]The 1986 amendments strongly encouraged whistleblowers, including by expanding the whistleblower’s share of recoveries in successful fraud actions to as high as 30 percent. Whistleblower actions, numbering in the dozens each year before 1986, first surpassed 100 in a year in 1992 and have expanded to some 600 annually over the past decade. For our coverage of FCA statistics, click here. 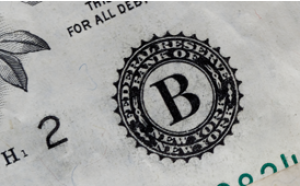