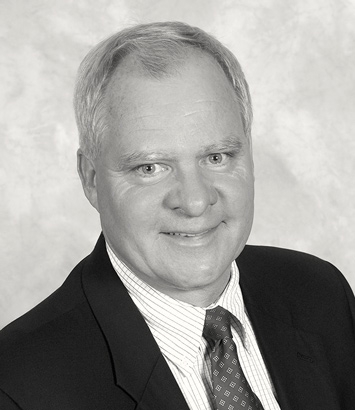 A Sounding Board for the Cincinnati Reds

Workplace and employee safety are paramount to the success of every business, especially one as high-profile as a professional baseball team.  When the unfortunate does occur, having the right counsel oftentimes makes all the difference and for the Reds, that’s Dinsmore.

Dinsmore attorneys serve as a sounding board for the Cincinnati Reds, offering strategies and advice to help the club maintain their consistent, efficient and cost-effective approach to handling workers’ compensation claims.  Collectively, Dinsmore’s nationwide network of personal contacts, working relationships and industry leaders provides the Reds with a competitive advantage in jurisdictions across the country.

Complexities abound in the world of workers’ compensation, compounded by the Reds’ largely contract-based workforce that travels regularly as part of the job.  Dinsmore attorneys provide value through case, claims and scenario analysis as well as settlement valuation and draft agreements, all with an eye toward mitigating risk.  Working closely with Jim Marx, the Reds’ General Counsel, Dinsmore helps the organization handle a variety of workers’ compensation cases, always aiming to resolve issues before they reach the stage where either party feels the need to involve the courts.

Filed amicus briefs before the Ohio Supreme Court on behalf of employers on issues of insurance coverage in intentional tort cases.
George B. Wilkinson

Appeared before the Ohio Supreme Court and Tenth District Court of Appeals in numerous workers' compensation mandamus cases on a variety of issues from Violation of Specific Safety Requirements to permanent total disability.
George B. Wilkinson

Representation at Meetings with Ohio Bureau of Workers' Compensation

On numerous occasions have represented employers and TPAs before the Ohio Bureau of Workers' Compensation Adjudicating Committee.
George B. Wilkinson

On numerous occasions have represented employers on Self-Insured issues before the Ohio Bureau of Workers' Compensation Self-Insured Review Panel and in meetings with members of the Self-Insured Department.
George B. Wilkinson

Service on Bureau of Workers' Compensation and Industrial Commission Committees

We successfully challenged the Bureau of Workers' Compensation decision to hold our client responsible for workers' compensation premiums which were owed by our client's predecessor in interest which the BWC said our client inherited.  We demonstrated that because the amounts allegedly due from the predecessor were related to the retrospective rating program, it was illegal for the BWC to order that our client was responsible for this plan which was agreed to by our predecessor.  We used a novel approach to argue that the retrospective rating program was an exception to the rule that allows BWC to charge successor employers with premiums of its predecessors.
Michael L. Squillace, George B. Wilkinson

On behalf of a PEO, won a court trial which overturned an Industrial Commission finding. The court denied the claim for occupational asthma. This result is a vacation of subsequent a finding of permanent total disability, saving the employer over $100,000 in premiums.
George B. Wilkinson

Defended a temporary agency in a suicide case involving an injured worker who killed himself three years after the injury because of unbearable pain from his back injury. The case was ultimately settled for a nuisance-value amount, saving the employer over $500,000 in premiums.
George B. Wilkinson