Ohio’s current six-year statute of limitation on civil actions for employment discrimination was not set by the legislature, but instead by the Supreme Court of Ohio with its decision in Cosgrove v. Williamsburg of Cincinnati Management Company, Inc., 70 Ohio St.3d 281 (1994). It is the nation’s longest limitation period for discrimination claims.

In addition to civil actions for workplace discrimination, individuals can pursue administrative remedies at the Ohio Civil Rights Commission (OCRC) within the 180-day statute of limitation.

Currently in Ohio, workplace discrimination claims can be filed with the OCRC or in a county court of common pleas. Current state law does not preclude individuals from filing a charge with OCRC and a civil lawsuit simultaneously. Under the Employment Law Uniformity Act, an individual cannot file a civil action unless a timely charge has been filed with the OCRC and the OCRC has either issued a right-to-sue notice or more than 45 days have passed and no right-to-sue notice has been issued. The statute of limitation to file a civil claim will be tolled while the claim is investigated by OCRC.

Under the Employment Law Uniformity Act, as in federal law, individual supervisors or managers cannot not be held personally liable under the employment law statutes when that individual is acting in the interest of an employer (unless that individual is the employer). This will allow supervisors and managers to exercise sound judgment without fear of being sued when making management decisions on matters such as employee discipline or termination.

The act does not protect supervisors and managers from being found personally liable if it is determined the individual acted outside the scope of their employment, retaliated against the plaintiff, or engaged in discriminatory practices.

The Employment Law Uniformity Act codifies the affirmative defense available to employers for sexual harassment claims under Title VII, the federal law that, among other things, makes workplace sexual harassment illegal. The defense, often referred to as the “Faragher/ Ellerth affirmative defense” provides employers with a defense to hostile work environment claims when the employer can show that it had anti-harassment policies and complaint procedures in place and the employee failed to take advantage of these policies and procedures.

Specifically, the Employment Law Uniformity Act grants an employer the ability to raise an affirmative defense in hostile work environment harassment claims if it can prove all of the following:

The Employment Law Uniformity Act provides exceptions in the event a complainant can prove that taking preventative or corrective action would have failed or would have been futile. Also, the affirmative defense cannot be used when the alleged unlawful discriminatory action resulted in adverse, tangible employment action against the complainant, such as failure to hire or promote, firing, or demotion.

The Employment Law Uniformity Act will bring much needed simplification and clarity to the filing of discrimination claims under Ohio state law.

If you have any questions, please contact your Dinsmore employment attorney. 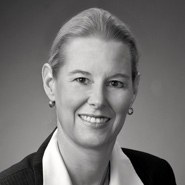