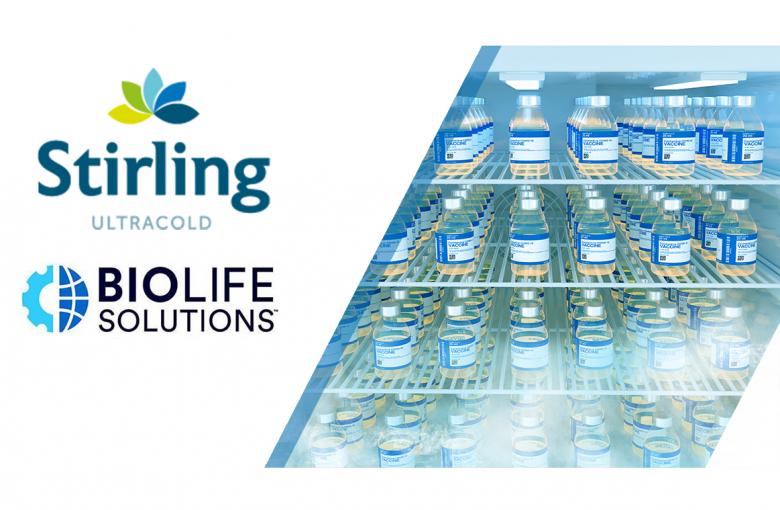 We counseled our client, Stirling Ultracold, an innovative developer and manufacturer of ultra-low temperature (ULT) freezers for life science and biopharma research, through its merger with BioLife Solutions, Inc., a developer focused on bioproduction devices used in cell and gene therapies. Stirling’s CEO saw the potential for increased demand for the company’s freezers during the COVID-19 pandemic as the freezers were a direct competitor to dry ice used in storing the COVID-19 vaccine. Merging with BioLife enabled Stirling to execute an aggressive strategic plan marketing and selling its freezers. Dinsmore served as the company’s general counsel since 2019, and our team of attorneys brought experience in mergers and acquisitions, labor, insurance, and life sciences, all of which was necessary to fully understand and address the company’s specialized needs. We counseled our client through the merger while simultaneously defusing challenges. Our team’s collective experience enabled Stirling’s executives to address the company’s short-term needs while also achieving its long-term goal.

Allegations of Wrongful Termination by Ex-Employee of Medical Device Manufacturer

When a medical device manufacturer faced allegations of wrongful termination from an ex-employee, they turned to Dinsmore. The plaintiff was an engineer who was originally hired by the client to serve as a project manager. Upon hiring the plaintiff, the terms of his employment were laid out in an employment contract, which also contained deadlines for the completion of various projects. After nearly a year of employment, it was determined that the plaintiff had not met the required deadlines, and he was terminated. The plaintiff alleged he was wrongfully terminated and filed 10 claims against the client, including alleged violation of public policy, breach of contract and age discrimination. We filed a motion for summary judgment, which was granted on nine claims. For the remaining claim of violation of a public policy, we prepared the matter for trial, including managing discovery and taking depositions. On the first day of the trial, before proceedings officially began, we negotiated a settlement favorable to our client, enabling them to avoid litigation.

The plaintiff claimed she was the subject of sexual harassment and a hostile work environment created by the lewd comments, dirty jokes and sexual overtures from her supervisor; that her complaints were ignored; and that she was thereafter constructively discharged. This case was settled on favorable terms to the client.

Growing a business is challenging, even with the opportunities offered by today’s global marketplace. Expanding your product and service offerings to your customers requires a strategic vision and focused plan, as well as the resources to pull it all together.

Halma, p.l.c., is an international group of technology companies with its headquarters outside of London, England. Halma has worked with Dinsmore for nearly 25 years. In that time, Dinsmore has represented Halma through a multitude of acquisitions, both domestically and abroad, as Halma has grown to become a global leader in health and safety technology.

When the opportunity recently arose to acquire two companies to boost Halma’s Health and Analysis sector, the company again turned to Dinsmore for counsel. The acquisitions of California-based Sensorex, Inc. and Pennsylvania-based Accutome, Inc., offered myriad challenges. As the deals progressed, it appeared Halma would be able to announce the closings of both transactions to the Stock Exchange on the same day.

Our team worked to structure the asset purchase of Sensorex for $37.5 million and the stock purchase of Accutome for an initial payment of $20 million, handling everything from negotiating and drafting the documents to managing the legal due diligence for both transactions. We assisted Halma with the intellectual property, benefits and employment components of each deal and assisted with all details of closing.

On the Accutome deal, we were faced with the unique task of sequentially structuring the deal to comply with tax law related to the acquisition of Accutome’s Dutch subsidiary. Because of the tax implications of acquiring a subsidiary through one Halma affiliate, while acquiring the parent company through another affiliate, we were asked to ensure that the transaction involving the subsidiary was closed before the U.S. transaction was completed. This required that we coordinate compliance with Dutch requirements in real time, in order to complete the transaction prior to opening of the European markets.

Accutome is primarily known for designing diagnostic equipment used to identify eye conditions and for innovative surgical instruments. Sensorex, a manufacturer of electrochemical water sensors, will enable Halma to enhance its water analysis and water quality programs. Assisted by Dinsmore’s counsel, Halma continues to grow and expand its product offerings to clients and position itself as an industry leader.

Andrew Howe represented a manufacturing company against a large multi-employer pension fund regarding a dispute over whether pension contributions were owed to the fund for hours worked by temporary personnel workers. Counsel for the fund argued contributions were owed despite the fact these workers were not employees of the employer who was party to the collective bargaining agreement. Summary judgment was awarded on behalf of the fund, but on appeal Mr. Howe obtained a reversal and entry of summary judgment in favor of the employer in a case of first impression to the Third Circuit.

U.S. Supreme Court overruled circuit court holding that practice of the National Labor Relations Board of awarding attorney fees to all Unions who were not adjudicated liable in civil actions brought by Employers was a violation of the Employer's First Amendment right to petition. Filed amicus curiae brief in aid of Employer's successful claim on behalf of the Labor Policy Association.

Court affirmed order of the National Labor Relations Board holding that an Employer may maintain a by-law prohibiting family members of Union employees or representatives from qualifying for Board membership.

Plaintiff alleged a disability discrimination claim. The case was removed based on the collective bargaining agreement and then summary judgment was granted based on judicial estoppel for failure of Plaintiff to disclose the claim as an asset in bankruptcy. Currently pending in the Ninth Circuit Court of Appeals.
Charles M. Roesch

Represented Valvoline in a lawsuit filed by a former employee alleging claims of violation of Minnesota’s statute regulating drug and alcohol testing by an employer (Lewis v. Ashland Inc. d/b/a Valvoline Instant Oil Change, D. Minn., No. 09-3515, 8/9/11). Summary Judgment was granted to Valvoline, as the Court stated that the plaintiff could not show that Valvoline lacked a “reasonable suspicion” to require him to undergo a drug test or that the company lacked a “rational basis” to discontinue the test based on his conduct at the testing center. In granting the Motion, the Minnesota Court found that Valvoline’s actions in terminating the former employee did not violate Minnesota’s statutes or common law exceptions to the employee at-will doctrine. Of note, in arriving at its decision, the Court highlighted the importance of the Valvoline’s internal human resources structure and management’s use of those channels in its decision to terminate.
Charles M. Roesch

We successfully defended a national staffing company in a case where the adverse party sought indemnification in connection with claims brought by the EEOC based on the opponent’s allegedly wrongful conduct. The case was venued in the U.S. District Court in Maryland. We received a favorable judgment. The opponent was ordered to pay more than $2 million.
Deborah R. Lydon

This case involved enforcement of noncompetition and non-solicitation agreements against former employees who violated their employment contracts when they solicited numerous clients to switch brokerage companies. We successfully enforced the noncompetition and non-solicitation agreements on behalf of our client, the aggrieved insurance brokerage company, then obtained a favorable monetary settlement for our client.
R. Kenyon Meyer

Allegations of age discrimination against an international media company

In July 2014, we won a jury trial on behalf of an international media company against an allegation of age discrimination and intentional infliction of emotional distress. Our client had terminated the plaintiff, a 61-year old executive who had been with the company nearly 25 years, during a reduction-in-force. The plaintiff alleged that the company had targeted him for termination because of his age and had “covered up” the discriminatory reasons for his termination. The plaintiff also asserted that a disproportionate number of older workers had been let go in the years before the plaintiff’s termination, pointing to human resources documents and e-mails that discussed employee ages in the context of reductions-in-force. Lastly, the plaintiff alleged that the company failed to offer him a job in the reorganized company. The plaintiff sought up to $1.4 million in damages.

Prior to trial, we successfully moved the court to dismiss plaintiff’s intentional infliction of emotional distress claim, arguing that pursuant to Kentucky law the claim was precluded by his age discrimination claim. We also successfully limited the evidence plaintiff sought to use at trial, including evidence of the company’s overall financial state as described in public filings.

During the eight-day trial in Jefferson Circuit Court, we established the company’s non-discriminatory reason for plaintiff’s termination: his highly paid job position was eliminated for business reasons due to a corporate restructuring. The jury of seven men and five women determined that age was not a “substantial motivating factor” in terminating the executive or in refusing to offer him another job position, finding for the defendant on both counts of age discrimination. The plaintiff did not appeal the jury’s verdict and the case is now final.
Kathryn A. Quesenberry

Testified on behalf of West Virginia Chamber of Commerce regarding Captive Audience Legislation in West Virginia and appeared on television program "Decision Makers" to debate issue against UMWA official and Delegate who proposed bill.

Defended company in claim for pension plan withdrawal liability claim incurred by other company when it ceased operations, where adhesion contract claimed.

The U.S. issued a Section 105(c) citation to this Arkansas mining company, claiming that it fired its general manager after he has made formal complaints about the safety of the mine and its practices. This matter was settled on favorable terms to the client.

UMWA election where initial tally of ballots was 110 for and 103 against union representation with 9 outcome determinative challenged ballots in 2004. Represented clients in hearings on challenge ballots and appeals, including challenges on supervisory and managerial status of challenged voters. Ultimately, all ballots were opened with final election results in 2009 of 110 for and 112 against union representation.

Represented company in NLRB solicitation and distribution cases incident to union organizing drive and issues surrounding distribution of literature in a mixed-use venue.

Represented company in successive R petitions filed by union and then withdrawn before R-hearing could be held. Provided labor law training to supervisors.