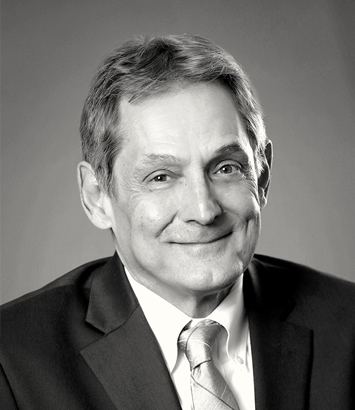 We successfully defended a challenge filed by a claimant to an order denying her request that our client pay for her medical bills even though they were not related to her industrial injury.  We were able to effectively shut down this claim with this decision.
Michael L. Squillace

We successfully challenged the Bureau of Workers' Compensation decision to hold our client responsible for workers' compensation premiums which were owed by our client's predecessor in interest which the BWC said our client inherited.  We demonstrated that because the amounts allegedly due from the predecessor were related to the retrospective rating program, it was illegal for the BWC to order that our client was responsible for this plan which was agreed to by our predecessor.  We used a novel approach to argue that the retrospective rating program was an exception to the rule that allows BWC to charge successor employers with premiums of its predecessors.
Michael L. Squillace, George B. Wilkinson

We successfully defended an order of the Industrial Commission which denied temporary total compensation to a claimant who had been fired due to his failure to comply with the "no call, no show" policy, despite the claimant's allegations that his condition significantly worsened following his termination.  We were able to convince the Ohio Supreme Court not to extend the ability of claimants who were terminated as the result of a clear violation of company rules, to obtain temporary total compensation even though the claimant's medical condition had worsened following the termination.  This resulted in a significant cost savings to our client.
Michael L. Squillace

We challenged an award of temporary total compensation to a claimant on the basis that her doctor was treating her for conditions not related to the industrial injury.  The court agreed with our position, finding that despite the disability forms signed by the treating doctor listing the allowed conditions, his office notes proved that he was actually treating her for conditions not related to her claim.  This case saved our client a considerable amount of money and presently serves as legal precedent which allows employers to look beyond the disability forms completed by doctors to determine if in fact the disability is related to the industrial injury.
Michael L. Squillace

We successfully defended a request made by a terminated employee for temporary total compensation.  The Ohio Supreme Court ruled that because the employee was fired for violating company rules, he forfeited his eligibility for temporary total compensation, even though his disability worsened to the point where he could no longer work.  This resulted in significant cost savings to our client.  It also served as a landmark case on the issue of voluntary abandonment.
Michael L. Squillace

The Ohio Supreme Court agreed with our challenge of a permanent total disability award and vacated the award.  The Court found that the evidence relied upon by the Industrial Commission was flawed and not submitted in a timely fashion.  The client saved a considerable amount of money as the order that the claimant be awarded lifetime disability was vacated.  The decision reaffirmed the principle that the Industrial Commission was obligated to follow its own rules when adjudicating permanent total disability matters.
Michael L. Squillace

We successfully challenged an award of permanent total disabillity to the claimant on the basis that the evidence relied upon to support this award was submitted at the hearing table in violation of all applicable rules.  The Ohio Supreme Court found that the decision was an abuse of discretion.  This decision saved our client a considerable amount of money.  It also established precedent that the Industrial Commission was required to follow its own rules.
Michael L. Squillace