Dinsmore’s Robert Sickles and Yesica Liposky successfully argued a case all the way to the Florida Supreme Court on behalf of their client, a Florida automobile dealer. The court decided that dealers in the state do not need to include arbitration agreements in vehicle warranties in order to require that binding arbitration be used to resolve litigation over warranty claims.

“This decision is very impactful for the automotive industry in Florida,” Sickles said. “It is a major victory for dealers to be able to enforce arbitration clauses in similar cases and avoid being tied up in court, which could lead to years of litigation.”

The plaintiff in the case purchased a truck from Dinsmore’s client, who offered a limited warranty on the vehicle. After the warranty expired, the plaintiff filed a lawsuit claiming engine damage several years after the purchase. The plaintiff’s attorney refused to accept arbitration, claiming the arbitration clause, in this case, was not in compliance with the Federal Trade Commission’s (FTC) single-document rule based on the Magnuson-Moss Warranty Act.

The trial judge ruled in Dinsmore’s client’s favor and enforced the arbitration clause. An intermediate-level appellate court agreed with the trial court. After briefing and oral argument, the Florida Supreme Court also agreed with Dinsmore’s client. The court found that because arbitration is a substitute for litigation, an arbitration clause was not required to be in the written warranty in order to be enforceable in a Magnuson-Moss Warranty Act claim. The Court further held that because arbitration is not an informal dispute settlement mechanism, the FTC lacked authority to issue guidance on this issue. The ruling came in a 5-1 decision, rejecting the argument that an arbitration agreement in the purchase order was not enforceable because it was not disclosed in a single document with other warranty terms.

Any Florida business that provides a limited warranty and uses an arbitration provision will now be able to take advantage of this ruling, regardless of whether the arbitration agreement is found in a warranty, purchase documents, or a standalone document. 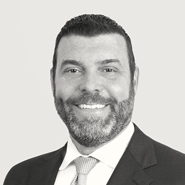