Dinsmore attorneys were pleased to work alongside several litigators from other respected firms to earn a unanimous jury verdict for Hyundai Motor America and Hyundai Motor Company.

On March 24, after a nine-day product liability trial in a state court in Prestonsburg, Ky., a jury rejected the plaintiffs’ claimed damages of $17,882,484 after just 75 minutes of deliberations.

“David, Jeremy and their co-counsel did exceptional work on this case,” Vanderford said. “We are pleased with the result, and Hyundai looks forward to many more years to come partnering with Dinsmore and its talented attorneys.”

Daniel Bauer, et al v Hyundai involved a tragic set of facts. Five members of the Bauer family were traveling in a 2013 Hyundai Tucson, which was struck by an oncoming Chevrolet Cruze that crossed over into the Tucson’s lane on KY 114 in Floyd County. The vehicles collided head on at combined speeds of nearly 120 mph. Three occupants of the Tucson were killed and one occupant sustained serious injuries. A post-collision fire spread from the engine to the passenger compartment and engulfed the vehicle. The lead plaintiff lost his wife, a daughter and a granddaughter.

The plaintiffs claimed the injuries sustained by the Tucson’s occupants were caused or enhanced by manufacturing defects in the driver-side front bumper welds, which the plaintiffs’ defect expert said were shorter than permitted and of poor quality. He claimed the crash forces caused the front bumper welds to separate from the frame rail connector on the driver side, and that the separation caused excessive deformation to the passenger side, compromised the vehicle’s structural integrity, and increased the severity of the crash.

Hyundai’s defense showed the welds were fully compliant with design requirements and separated only because they experienced massive crash forces. This was an exceptionally severe crash with a change in velocity calculated by defense experts to be in the mid-50s.

The tragic injuries and fatalities in the Tucson were caused solely by the actions of the other driver, who had elevated levels of drugs in his bloodstream. 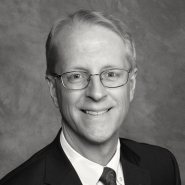