In two separate but equally historic steps, Dinsmore & Shohl LLP has named Stacey Borowicz and Ashley Pack as the new office managing partners in Columbus, Ohio, and Charleston, West Virginia, respectively. Borowicz’s promotion makes Dinsmore the highest-rated female-led law firm in Columbus, and Pack is now the youngest woman leading a Dinsmore office in the entire nation. The moves not only put two highly respected and accomplished attorneys in positions of leadership, but they also reflect Dinsmore’s commitment to diversity and equality.

According to the Columbus Business Journal’s 2018-2019 “Book of Lists,” Dinsmore is the No. 7 firm in Columbus in terms of total Central Ohio lawyers, with 72. The six firms larger than Dinsmore are all led by men, and the only other firm in the top 12 with a female managing partner is Jones Day (No. 10, Elizabeth Kessler). With the addition of Borowicz, there are still just six women leading top-25 firms in the city.

Her tenure begins after Tom Wilson stewarded the office to great success for two-plus years. Meanwhile, Pack is taking over in Charleston for Anna Dailey, who has been with Dinsmore for 16 years, the last four as office managing partner.

“Anna was a huge cheerleader for everyone in our office,” Pack said. “She was willing to listen and help with any concern that came her way. I, too, plan to be available as a promoter of our attorneys, both professionally and personally. I am thrilled and ready to embark on this opportunity.”

Pack is an AV-rated labor and employment lawyer who is listed in Best Lawyers®, Super Lawyers® and has been ranked in Chambers USA each of the past two years. She was selected for the Benchmark Litigation's "Under 40 Hot List," graduated from Leadership WV and is a frequent speaker and writer. She also received the 2017 Most Valuable Member award from the Kentucky Press Association, which recognizes the individual who has performed the most outstanding service to the KPA.

Pack sits on various nonprofit boards, including state lead for West Virginia for Leadership Council on Legal Diversity, president of Children’s Therapy Clinic board of directors and secretary for the executive committee for Foundation for Thomas Health Systems.

Borowicz, an equity partner at Dinsmore, has been with the firm since 2008 in the health care and corporate and transactional practice groups. She was named to the Columbus Business Journal’s 20 People to Know in Law list in 2014, the same year she took a leadership position in the firm’s Professional Development Committee and started the firm-wide Dinsmore Women’s Initiative.

Pack, meanwhile, sees her new leadership position as an opportunity to grow the Dinsmore brand in Charleston and to lead it to more closely reflect the breadth of the rest of the firm.

“This is a huge honor,” she said. “I am excited to work with the attorneys and staff here in Charleston, continuing to build on our reputation and service to the community. I am also eager to work with and develop our young lawyers. … We are a full-service firm. I want to make Charleston a full-service office.” 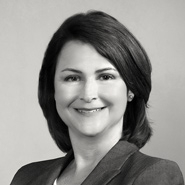