Law360: How Dinsmore is Growing in Response to Denver's Development Boom

Law360 highlighted Dinsmore's new construction litigation team in Denver in its recent article "Denver Gaining Shine As Market For Law Firms." New partner Michael Paul and Office Managing Partner Erich Kennedy discussed the expansion and how the firm plans to emerge as a leader in the city's legal market.

On July 22, Cincinnati-based Dinsmore & Shohl LLP doubled the size of its Denver office with the addition of Paul and five other construction litigators from a local firm. And in January, Kansas City, Missouri-based Spencer Fane LLP added a 10-person insurance law team to its Denver roster.

All of which goes to show that outside players are seeing what's going on in the state and "want to be a part of it," said Paul, who has practiced in Denver for more than 16 years.

"When I first started practicing, you just didn't see as many national firms interested in Colorado," he said. "That's changed."

The expansion comes in response to increased investment in areas like commercial real estate and technology, attorneys told Law360 Pulse. Several major technology companies have set up satellite locations in the Denver area, where, according to a 2018 Cushman & Wakefield report, technology employment grew 25% from 2010 to 2017. The state also remains a major market for the oil and gas industry."

For Dinsmore, the additions in Denver are part of a broader effort to grow beyond the firm's core litigation group, office managing partner Erich Kennedy said. He said that adding a group of experts in construction is advantageous given the surge in development in the state.

The group primarily represents developers, architects, and general contractors, assisting with matters including contracts, bonds, and litigation. Paul said many of the group's clients are working on projects throughout the U.S., which made the match with a national firm attractive.

The next step in Dinsmore's Denver strategy is to build a corporate bench, Kennedy said, with a goal of growing to around 25 attorneys in the office in the coming years. 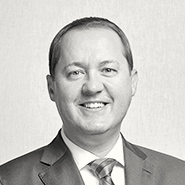