Dinsmore litigation partner J. Tanner Watkins was named to this year's Louisville Business First 40 Under 40 list. He spoke with the publication about his career and life outside the office.

What’s the most challenging task in your career you've had to tackle?

The most challenging task in my career was starting my career. I graduated from law school in 2008 — the beginning of the Great Recession. Though I graduated at the top of my class, law firms had no business and were therefore not hiring young lawyers.

I sent out literally hundreds of resumes, from Kentucky to Georgia. I traveled to every major city in Kentucky, Tennessee and Georgia to find work.

While in these cities, I networked constantly, having coffee, lunch, or dinner with any lawyer or business owner who would meet with me. After eight months of resumes, travel, meetings, and networking, I was offered a job as a litigation associate at Woodward, Hobson & Fulton, which later merged into Dinsmore & Shohl.

How do you relax after a hard day of work?

Because I spend so much time at work, I love being able to spend time with my family after a hard day of work. I especially love learning about what my daughters have learned at school.

Also, during the fall, I am an assistant coach for my daughter's cross country team. I really enjoy running with the kids. The exercise combined with the time spent with my daughter really helps relax me.

What's the best thing about Louisville? How could the city improve?

The best thing about Louisville is the inclusive nature of the city. I am not from Louisville, but I was immediately able to make personal and professional connections when I moved here. Louisville has always been extremely welcoming to transplants such as myself, and has given me the great opportunity to build a rewarding career, become involved in the community, gain lifelong friends, and raise a family.

Although Louisville as a whole is a very inclusive city, one thing Louisville’s business community could do better is to create further inroads with the city’s students.

Click here to read the rest of the interview. 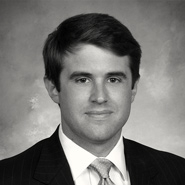