On Dec. 18, 2019, the Fifth Circuit in Texas, et al. v. United States, et al. declared the Affordable Care Act’s1 (ACA’s) individual mandate unconstitutional. This decision is contrary to the controlling precedent established by the United States Supreme Court in NFIB v. Sebelius2, which upheld the ACA’s individual mandate as a permissible tax. The ACA treats the individual mandate as a “shared responsibility payment,” imposed by Congress in the event an individual fails to enroll in a qualified plan that provides minimal essential coverage3. The individual mandate was designed to work with the ACA’s protections for individuals with preexisting conditions (who are guaranteed coverage under the ACA) and community rating requirements by requiring most individuals to enroll in health insurance4. The three provisions function together to ensure high-risk individuals with preexisting conditions are not excluded from the health insurance market because of high premiums. These provisions are often referred to as the three-legged stool.

By way of background important to the Fifth Circuit’s decision, in December 2017 Congress passed the Tax Cuts and Jobs Act (TCJA). The TCJA made significant changes to the tax code, including effectively reducing the shared responsibility payment, or the tax relied upon in NFIB v. Sebelius, to zero dollars5. Thus, the shared responsibility payment still exists as a penalty in theory, but the amount of the tax imposed has effectively been eliminated as of 2017.

The individual plaintiffs in the present case are two private citizens and 18 states6. The named defendants are the United States of America, the Department of Health and Human Services, its, and the Internal Revenue Service and its acting Commissioner (collectively, the “federal defendants”). The federal defendants decided not to fully defend against the lawsuit and 16 states7 and the District of Columbia, thus, intervened. The plaintiffs in Texas again challenged the constitutionality of the individual mandate, arguing the shared responsibility payment can no longer be characterized as a tax because it no longer generates revenue, as a tax must generate revenue[8]. The plaintiffs further argued the individual mandate is essential to and inseverable from the rest of the ACA. Therefore, the plaintiffs argued the ACA, in its entirety, must be enjoined. Defendants argued in the District Court that the individual mandate, the guaranteed issue requirement, and the community rating requirement could be severed from the rest of the ACA9. The District Court declared the individual mandate unconstitutional and further declared the remaining ACA provisions are inseverable from it but denied the plaintiffs’ application for a preliminary injunction10.

On appeal, the defendant intervenor states, along with the U.S. House of Representatives11, shifted their position to argue the court should only enjoin the enforcement of the ACA to the extent an injunction would grant the plaintiffs relief and the individual mandate is inseverable from the ACA in its entirety. The federal defendants do not argue which provisions of the ACA injure the plaintiffs and which do not.

On appeal, the Fifth Circuit held that the district court’s analysis was not sufficient to evaluate the legal basis for determining inseverability with respect to each provision of the ACA, as described by the plaintiffs, or otherwise.14 As such the Fifth Circuit affirmed the District Court’s holding that the individual mandate is unconstitutional as it can no longer be read as a tax, but the panel determined remand was appropriate to conduct a more thorough inquiry as to Congress’ intent beyond the broad, overall intent of creating effective insurance markets in order to address the severability question.15 On January 3, 2020, the intervenor states appealed the Fifth Circuit’s decision to the United States Supreme Court, petitioning for immediate review of the case on grounds that remand proceedings contemplated by the Fifth Circuit panel would prolong and exacerbate the uncertainty surrounding the ACA provisions16. However, on Jan. 21, 2020, the Supreme Court declined to hear the case in an expedited manner17. For now, the provisions of the ACA remain unaltered.

We will continue to monitor this case and provide additional updates. If you have any questions regarding this matter, contact your Dinsmore health care attorney.

[4] The ACA’s community rating requirement prevents insurers from varying premiums within a geographic area based on age, gender, health status, or other factors.

[11] Colorado, Iowa, Michigan, and Nevada intervened on appeal to join the original group of states. 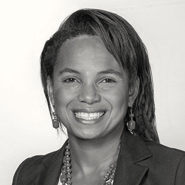 We will continue to monitor this case and provide additional updates. If you have any questions regarding this matter, contact your Dinsmore health care attorney.

Are you subscribed to HealthBEAT?

If you're not getting the HealthBEAT Quarterly Legal Roundup, then you're missing our attorney insights, updates and legislative developments of interest to legal practitioners and business leaders across the health care industry.