DOJ has once again signaled its desire to encourage self-disclosures and cooperation.  During presentations at the White Collar Crime conference, Cronan and Singer both discussed DOJ’s policy for rewarding self-disclosures.  “When a company discovers misconduct, quickly raises its hands and tells us about it, that says something.  It shows the company is taking misconduct seriously and not willing to tolerate it and we are rewarding those good decisions,” remarked Cronan.  Singer cautioned the approach taken by his DOJ Securities and Financial Fraud Unit is not a formal policy.  However, he went on to say, “The idea was maybe we can take some of those same principles that led to a little bit more self-reporting recently in the FCPA space to securities and financial fraud.”

In highlighting this new approach, Cronan and Singer touted a recent declination issued against Barclays PLC for illegal front-running.  DOJ’s letter agreement with Barclays explained the declination decision was fueled by Barclays’s voluntarily disclosure; cooperation with DOJ; and remediation measures, including restitution and disgorgement totaling close to $13 million.  According to Cronan, DOJ’s approach to Barclays “would have been very different if Barclays had not voluntarily self-disclosed, cooperated and remediated.”  Singer contrasted the Barclays case with a recent case involving HSBC PLC.  HSBC did not self-disclose, Singer noted, and ended up paying a $100 million penalty and was subjected to a deferred prosecution agreement.

Deputy Attorney General Rosenstein spoke the following day at the conference, March 2, 2018, where he briefly discussed the new FCPA Corporate Enforcement Policy.  Specifically, he emphasized DOJ’s desire to “reward companies that invest in strong compliance measures.”  He did not comment on applying the policy to non-FCPA cases.

If you have any questions about how DOJ’s expansion of the self-disclosure policy to non-FCPA criminal violations affects you or your business, please contact Dinsmore’s white collar crime attorneys, including former federal prosecutors D. Michael Crites and Michael Ferrara. 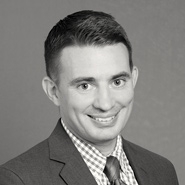