The Medicare Advantage system is public-private health insurance which Medicare beneficiaries can opt into for medical coverage in excess of that provided by Medicare. These plans are offered by Medicare Advantage Organizations (MAOs). Some MAOs enter into contracts with smaller organizations, such as independent physician associations, which are considered part of the Medicare Advantage system. Under the Medicare Secondary Payer Act, Medicare and MAOs may make what is termed a “conditional payment” if the primary payer does not pay for medical expenses promptly. If such a payment has been made and it can be demonstrated that the primary payer is responsible, such as by settlement agreement or judgment, the primary payer must reimburse Medicare or the MAO within 60 days. If the primary payer fails to comply, Medicare can seek twice the amount of the conditional payment (“double damages”). Historically, there was an unresolved question as to whether the smaller organizations or “downstream actors” that contract with MAOs and make conditional payments have the same standing to seek double damages as Medicare and MAOs under the MSPA’s private right of action.

In MSP Recovery Claims, Series LLC v. Ace American Insurance Co., No. 18-12139 (11th Cir. 2020), the Eleventh Circuit answered this question and ultimately opened the door to allow lawsuits to be filed by collection agents acting on behalf of downstream actors. This is a consolidated case involving appeals from two district court decisions in Miami holding that collection agents for managed care organizations that contracted with MAOs had no standing to pursue private right-of-action claims under the MSPA. Reversing these decisions, the Eleventh Circuit held that “downstream actors that have made conditional payments in an MAO’s stead or that have reimbursed an MAO for its conditional payment can bring suit for double damages against the primary payer.” Included in its reasoning, the court observed that the MSPA was intended to protect Medicare and MAOs from paying for medical costs that should have been covered by a primary payer. If a downstream actor renders a conditional payment that should have been the responsibility of a primary payer, the downstream actor suffers the same financial loss.

Insurance industry trade groups filed a brief of amici curiae, requesting that the Eleventh Circuit review this ruling. They argued that the panel’s decision to widen the scope of those with standing to sue under the MSPA “will lead to inefficiency and increased expenses within the marketplace.” Further concerns were raised that the decision will lead to “a litany of unnecessary and ill-conceived lawsuits.” On Nov. 10, 2020, a three-judge panel denied the petition for a full appeals court review. This denial will pave the way for providers across the country to recoup billions of dollars in reimbursements.

In addition to expanding the scope of entities entitled to recover double damages under the MSPA, the Eleventh Circuit rendered a separate ruling in February in favor of MAOs pertaining to the Act’s three-year claim-filing provision. In MSPA Claims v. Kingsway Amigo, No. 18-14980 (11th Cir. 2020), the court concluded that while Medicare was subject to a three-year statute of limitations under the Act’s “government cause of action,” MAOs can file a private cause of action against primary payers under the Act’s “private cause of action,” which has no filing limitations.

There are two takeaways from these Eleventh Circuit decisions. First, primary payers cannot assume they are protected from a private cause of action under the MSPA depending upon the party seeking reimbursement. If a conditional payment has been made that should have been paid by a primary payer, Medicare, MAOs, or downstream actors have the same rights to seek reimbursement and to sue for double damages. Second, and perhaps of bigger concern, MAOs are able to file private causes of action without time limitations, opening the door to unexpected litigation long after the date medical goods or services were provided.

What can a primary payer do to protect itself? First and foremost, be proactive. Determine at the onset of a workers’ compensation claim if an injured worker is a Medicare beneficiary or may be expected to be a recipient during the life of the claim. This will help to resolve any liens or conditional payments in a timely manner, thus avoiding potential litigation. As a primary payer, the threat of double damages should be sufficient motivation to make sure Medicare and Medicare Advantage are promptly reimbursed for any conditional payments. Second, should a workers’ compensation claim settle, sufficient funds must be allocated to pay for future claim-related medical costs for those injured workers who are covered by Medicare or expected to be a recipient within 30 months of settlement. Further, as part of the settlement, an injured worker will be expected to repay Medicare for any conditional payments rendered for workers’ compensation services received prior to settlement.

For more information or if you have any questions, please contact your Dinsmore workers' compensation attorney. 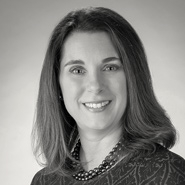