Every state has an Open Meeting Law, or Sunshine Law requiring public bodies to take official action and conduct deliberations in open meetings.  Open meetings are defined as an in-person meeting open to the public with a certain number of legislators or board members physically present to establish a quorum and participate in the meeting. Legislative bodies and governmental agencies and boards are struggling to continue to function normally while heeding the direction to avoid gatherings; and many are beginning to turn to teleconference, videoconference, or internet platforms to continue operations.  No state has modernized its Open Meeting Law to allow formal participation through video or teleconferencing.

A current example is a board having a quorum physically present in the board room with members participating by videoconference or teleconference. All board members can participate in the discussions, but only members who are physically in attendance can vote.  Thus, if a board doesn’t have a quorum in attendance it doesn’t matter how many can participate remotely, the board cannot hold a lawful meeting or take any action.

Illinois: The Illinois Gubernatorial Disaster Proclamation, Executive Order 2020-7 suspends the provisions of the Illinois Open Meetings Act requiring in-person attendance by members of a public body and allows remote participation by members with no further action by the public body. The public bodies must still adhere to notice and public participation requirements, and they are encouraged to provide video, audio, or telephonic access to meetings.

Ohio: Legislation was proposed (HB 557) to provide that during an officially declared public health emergency, attendance by members of the public body may include teleconference or video conference. The legislation does not change any requirement the meeting room be open to the public.

This is a fluid situation.  Contact your Dinsmore attorney for further guidance. 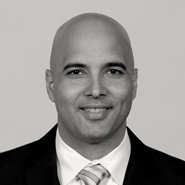