On Jan. 29, 2020, OCR released a notice regarding a recent federal court ruling in the case of Ciox Health, LLC v. Azar, et al., where a federal judge in the District Court for the District of Columbia vacated the “third-party directive” within the individual right of access “insofar as it expands the HITECH Act’s third-party directive beyond requests for a copy of an electronic health record with respect to protected health information (“PHI”) of an individual … in an electronic format.”1 Additionally, the court held that the fee limitation set forth at 45 CFR § 164.524(c)(4) should only to an individual’s request for access to their own records, and does not apply to an individual’s request to transmit records to a third party.

The Ciox Health case centered on the restrictions the Department of Health and Human Services (“HHS”) and the Office for Civil Rights (“OCR”) put in place in the 2013 Omnibus Rule2 and through informal guidance published in 2016 regarding fees that can be charged to patient in searching for, retrieving, and delivering their records and PHI as it pertains to third-party directives. Third-party directives are a mechanism promulgated by the HITECH Act that granted individuals the right to obtain a copy of their PHI maintained electronically, and “if the individual so chooses, to direct the covered entity to transmit such copy directly to an entity or person designed by the individual.”3 Additionally, the HIPAA Privacy Rule permits a reasonable cost-based fee to provide the individual (or the individual’s personal representative) with a copy of the individual’s PHI, or to direct a copy to a designated third party. The fee may include only the cost of certain labor, supplies, and postage (this fee is also referred to as the “Patient Rate”).4

In 2016, HHS issued a guidance document titled Individuals’ Right under HIPAA to Access their Health Information 45 C.F.R. § 164.524 (the “2016 Guidance”).6 The 2016 Guidance made two notable requirements that gave rise to the current litigation. Most significantly, HHS declared that the Patient Rate applies “when an individual directs a covered entity to send the PHI to a third party.”7

Additionally, in the 2016 Guidance, HHS provided a methodology to calculate the Patient Rate in requests for an electronic copy of PHI maintained electronically. The methodology would require the entity to determine a fee by calculating the actual allowable costs to fulfill each request or by using a schedule of costs based on the average allowable labor costs to fulfill standard requests. HHS also provided an option for entities to charge a flat rate for requests for electronic copies of PHI not to exceed $6.50 as an alternative to going through the process of calculating these costs.

In this case, HHS was sued by Ciox Health, a medical record retrieval company, over the changes to the Patient Rate set forth in both the 2013 Omnibus Rule and the 2016 Guidance. Ciox Health argued that the $6.50 flat fee is an arbitrary figure that bears no relation to the actual cost of honoring patient requests for copies of their health information, and such a low fee has negatively impacted its business. Ciox Health claims the 2013 Omnibus Rule and the 2016 Guidance, “unlawfully, unreasonably, arbitrarily and capriciously,” restrict the fees that can be charged by providers and their business associates for providing copies of the health information stored on patients.

The district court, in declaring the changes to the Patient Rate set forth in the 2013 Omnibus Rule unlawful, held that HHS cannot rely on its general rulemaking authority to supplement the limited-scope, third-party directive enacted by Congress in the HITECH Act. The court held that the 2013 Omnibus Rule’s expansion of the third-party directive is therefore arbitrary and capricious. Moreover, the district court held that the 2016 Guidance that worked a change into the Patient Rate was akin to a legislative rule that HHS had no authority to adopt without notice and comment. As a result, the court vacated the 2013 Omnibus Rule’s expansion of the HITECH Act’s third-party directive beyond requests for a copy of electronic records with respect to PHI of an individual in an electronic format. The court also declared unlawful and vacated the 2016 Guidance as it extended the Patient Rate to third-party directives without going through notice and comment.

Health care providers and medical records access companies are no longer required to limit the fees charged to their average costs, or charge a $6.50 flat fee, when a patient requests their medical records be transmitted to a third party. The fee limitations will still apply to individuals when they request their own records, however, as decided in the Ciox Health decision, on January 23, 2020.

OCR released a notice on Jan. 29, 2020 that the right of individuals to access their own records and any fee limitations that apply when exercising this right still apply. However, OCR appears to have at least accepted this ruling for now, as it pertains to third-party directives. OCR stated that it will continue to enforce the right of access provisions in 45 CFR § 164.524 that are not restricted by the court order. The court order can be viewed here.

If you have any questions regarding an individual’s right to access their own medical records under the Privacy Rule or other HIPAA compliance questions, please contact your Dinsmore health care attorney.

Enforcement, and Breach Notification Rules Under the [HITECH] Act and the Genetic

[6] This guidance is available at this link: https://www.hhs.gov/hipaa/for-professionals/privacy/guidance/access/index.html. 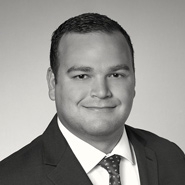