The general counsel to the National Labor Relations Board, Jennifer Abruzzo, has issued an internal memorandum announcing that she is asking the National Labor Relations Board to reconsider its position on the legality of mandatory meetings where employees are required to listen to employer speech concerning the exercise of their statutory labor rights—specifically those provided under Section 7—unless certain “sensible assurances” are made to preserve an employee’s rights.

The memorandum, which was sent to all field offices, emphasized the general counsel’s disagreement with the NLRB’s long-standing view that such meetings are protected and do not infringe on an employee’s statutory and constitutional right to freedom of expression. The general counsel is advocating the reestablishment of a decision rendered over 75 years ago, where the NLRB recognized that the freedom to listen includes the expressed right to refrain from listening to employer speech. See Clark Bros Co., 70 NLRB 802 (1946). Shortly thereafter, the NLRB overruled Clark Bros. and found mandatory meetings in which the employer urged employees to reject union representation to be permissible under the National Labor Relations Act (Act). See Babcock & Wilcox Co., 77 NLRB 577, 578 (1948).

In its Babcock decision, the NLRB held that an employer does not violate the Act when it compels employees to attend speeches in which it urges them to reject union representation. These meetings are typically labeled “captive audience” meetings. The general counsel argues that holding captive audience meetings allows employers to force employees to listen through explicit or implicit threats that offend their Section 7 rights.

Despite three quarters of a century of precedent to the contrary, the general counsel is seeking to redefine Section 7 to provide employees with not only the right to self-organization, but also the right to refuse an employer’s direction to participate in a meeting which may include discussion of unions as an expression of “the right to refrain from any or all such [organizationally related] activities.” See 29 U.S.C. § 157. The general counsel argues that these rights are protected by Section 8(a)(1), which prohibits employers from interfering, restraining, or coercing employees in the exercise his or her rights guaranteed by Section 7. Although Section 8(a)(1) commonly prohibits employers from threatening employees while attending a union meeting, the general counsel argues that the practice of holding a captive audience meeting should similarly be found to constitute an unfair labor practice in and of itself.

In addition to the memorandum issued by the general counsel, the Office of the General Counsel is currently litigating this very issue before the NLRB and has requested that the NLRB overrule Babcock and hold that an employer violates Section 8(a)(1) if it threatens an employee with reprisal for declining to listen to speech concerning the exercise of the employee’s Section 7 rights. See Brief in Support of Exceptions to the Administrative Law Judge’s Decision, CEMEX Construction Materials Pacific, LLC, 28-CA-230115 et al. (April 11, 2022).

The Office of the General Counsel outlined two specific circumstances where employees should be found to have been forced to attend a meeting in violation of the Act. The first is when employees are forced to convene on paid time. The second occurs when employees are “cornered” by management when performing job duties. In both situations, the general counsel argues that employees are deprived of their statutory right to refrain, either through perceived necessity to attend because the meeting is occurring on paid time or out of fear of repercussions by leaving their assigned work duties to avoid employer speech directed to them. To combat the compulsory nature of these employee-employer interactions, the general counsel proposed the NLRB adopt “sensible assurances” that the employer will advise employees that their attendance is voluntary. For “cornered” employees, the general counsel is asking the NLRB to compel employers to assure employees (1) that the participation is voluntary, (2) that nonparticipation will not result in reprisal, and (3) that participation will not result in rewards or benefits. Similarly, for “convened” employees, the general counsel proposes the same assurances listed above, but also, that if employees do attend, they will be free to leave at any time. The NLRB may provide further definition on this issue in the coming months.

If you have any questions, contact the author or your usual Dinsmore labor and employment attorney. 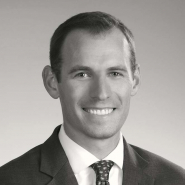