It is well established under Ohio law that an injured worker is not eligible to participate in the workers' compensation system for a psychological condition unless it arises from their physical injury. While this remains the case, an exception is being considered to allow first responders to receive benefits should they experience post-traumatic stress disorder due to on-the-job factors.

In Armstrong v. John R. Jurgensen Co., the Ohio Supreme Court ruled that to be compensable, a mental condition must arise from an injury sustained by the claimant. The Court further said, in order to state a claim upon which relief can be granted for an emotional disability, the injured worker must allege either that a physical injury proximately caused the emotional disability or emotional stress proximately caused a physical injury. Thus, simply being involved in an accident and then developing post-traumatic stress disorder is insufficient to allow a claim for that condition. Instead, a nexus must exist between the allowed physical injury and the development of the psychological condition.

The Court's ruling in Armstrong meant first responders would not be permitted to participate in the workers' compensation system for post-traumatic stress disorder unless there was an actual physical injury to that individual. To remedy this situation, Governor Mike DeWine signed House Bill 308. The bill authorizes the study of potentially creating a fund for first responders who have post-traumatic stress disorder contracted in the course and scope of their employment. The purpose behind the fund is the recognition that first responders often contract psychological conditions when witnessing severe injuries and fatalities in the line of duty. If implemented, the fund will allow these first responders to receive compensation for lost time and medical treatment, even if they do not have an accompanying physical injury.

As of this writing, House Bill 308 does not authorize payment of benefits under the fund. Rather, the bill is merely a first step in the establishment of future compensation for eligible claimants. The fund will not be administered by the Ohio Bureau of Workers' Compensation but will be overseen by Ohio's director of budget and management in conjunction with the Ohio Police and Fire Pension Fund, who is currently seeking proposals for actuarial services to determine appropriate funding and budgeting needs. The proposed fund would be sourced with premiums assessed to public employers of first responders. Private employers will not need to pay into the fund.

In addition to funding and budget details, administrative details will also need to be established. For instance, the bill does not define first responders, nor does it clarify whether the fund will provide benefits retroactively to older claims. In addition, it is unclear whether claimants will go through a hearing process to determine eligibility, similar to the workers' compensation system.

Your Dinsmore workers' compensation attorneys will continue to keep you updated as details of the fund and its administration are established. In the meantime, please do not hesitate to contact us if you have questions about the House Bill or its impact on your business. 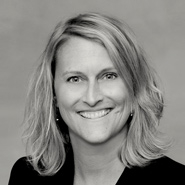