The decision to increase the number of dispensary licenses was prompted by an Ohio rule which requires the Ohio Board of Pharmacy to analyze certain enumerated data and factors at least once every two  years in order to determine whether a sufficient number of dispensaries exists. Through the examination of this data, the Ohio Board of Pharmacy determined additional dispensary licenses were necessary for the following reasons:

While details of the application requirements have not yet been announced, there will be at least one significant difference in this second round of dispensary applications: It will not be entirely merit-based. All “viable” applications will be entered into a lottery system for the chosen dispensary district with available licenses. The Board of Pharmacy anticipates the use of the lottery system will result in “a fairer, more streamlined system for awarding dispensary licenses.”[1] 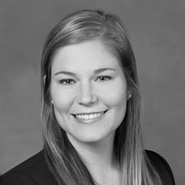