Ohio Governor Mike DeWine announced in a press conference on March 17, 2020 that all elective surgeries would be postponed in the State of Ohio effective at 5:00 p.m. on March 18, 2020 until further notice. The Order, issued by Director of the Ohio Department of Health Amy Acton, is available here:

(https://content.govdelivery.com/attachments/OHOOD/2020/03/17/file_attachments/1403950/Director%27s%20Order%20non-essential%20surgery%203-17-2020.pdf). It defines non-essential surgery as a “procedure that can be delayed without undue risk to the current or future health of a patient.” The Order also provided the following “examples of criteria to consider”:

Health care providers that are unable to schedule surgeries as a result of this government action may find themselves needing to lay off staff, including medical staff, due to reduced productivity. Because the employment of health care professionals is frequently governed by the terms of a contract, those contractual terms will control termination procedures. In some cases, the contracts themselves contain language governing significant disruptions (sometimes referred to as a force majeure clause). However, when the contract at issue does not provide for termination or layoff as a result of reduced productivity, facilities may find themselves between the proverbial rock and hard place of continuing to employ, and compensate, non-productive medical professionals, or facing breach-of-contract claims when such professionals are laid off or let go. Fortunately, when no force majeure clause governs disruption in the medical professional’s performance under the agreement, state law and common law doctrines may provide some relief.

Events that supervene a party’s ability to perform, or that delay performance according to contractual terms, can give rise to three common law doctrines that may provide relief to an affected party: impossibility; impracticability, or frustration of purpose.

Like many other issues that health care providers face in these uncertain and rapidly-changing times, the application of these doctrines to a specific contract is complex and fact-specific. For analysis of obligations under any specific contract, please contact your Dinsmore health care or labor attorney. 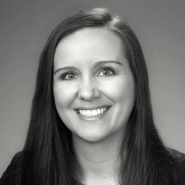 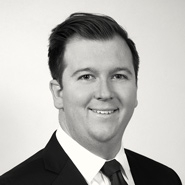