With the recent proliferation of mass shootings and other deadly incidents, several states have taken on the issue of allowing mental and/or emotional impairments caused by post-traumatic stress disorder (PTSD) to be a compensable workers’ compensation condition for first responders without the requirement of a physical injury.

In June 2019, House Bill 80, the budget bill for the Ohio Bureau of Workers’ Compensation, included such a proposal. After the bill passed the House, the Senate stripped the policy provisions on the mental-only diagnosis issue out of the proposed budget. Senate leaders indicated while there may be a reason for a special circumstance, it should be studied and debated separately from the workers' compensation budget. In July 2019, leadership vowed to consider the legislation later in the year.

True to their word, the issue was revived in September 2019 by Representative Thomas Patton. House Bill 308 reintroduced the issue of PTSD coverage for first responders exposed to traumatic events in the course and scope of their employment. Two hearings on the bill have already occurred, most recently on Oct. 22, 2019. Proponent testimony was offered by several organizations and individuals. The statements reiterated concerns first responders are not able to pursue avenues for compensation under the law set forth by the Supreme Court of Ohio in Armstrong v. John R. Jurgensen Co. Interestingly, one of the organizations offering proponent testimony was the Ohio State Medical Association.

The business community remains opposed to any legislation that would allow for a "mental-mental" avenue for claimants. Rob Brundrett, director of public policy for the Ohio Manufacturers Association, provided testimony on House Bill 80 earlier this summer. Beyond merely the increased cost to employers, if a mental-only diagnosis were allowed, Mr. Brundrett noted the potential expansion of workers' compensation beyond first responders could be required.

"If we erode the physical-injury requirement for peace offers, firefighters, and emergency medical workers, it may be difficult to justify not doing the same for other professionals who seek equal treatment," Mr. Brundrett said in his testimony.

How such a proposal would be funded is also a concern of employers. Mr. Brundrett, who is closely following House Bill 308, has indicated that several discussions in the Senate have occurred in recent weeks on a potential bill that would provide PTSD coverage for first responders outside of the Bureau of Workers’ Compensation system. This proposal would, of course, be the preference of the business community.

While passage of this issue in the past has been unsuccessful, the August 2019 mass shooting in Dayton and its impact on first responders may result in this bill moving through the legislature. Dinsmore's workers' compensation group will continue to monitor this bill, as its passage would have a profound impact on employers.

If you wish to see the proponent testimony and follow the bill, you can obtain more information here. If you have questions about this bill and its impact on your organization, please contact your Dinsmore attorney. 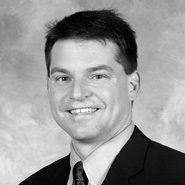