The Securities and Exchange Commission (“SEC”) recently filed fraud charges against the City of Rochester, New York (“City”), former City executives, and the City’s municipal advisor, reminding us of the importance of up-to-date, accurate disclosures when it comes to the financial condition of political subdivisions, as well as the risks of issuing debt using outdated financial statements.

The offering document for the notes, prepared by the City and its municipal advisors, included financial statements more than a year old and failed to disclose a dramatic increase in spending on teacher salaries.  This increase reportedly contributed to a financial decline of the District.   However, this financial decline was not depicted in the note offering since it occurred after preparation of the District’s most recent financial statements.

A mere 42 days after the note offering, the District’s auditors discovered the magnitude of the District’s financial distress; the District’s budget was overspent by almost $30 million.  This information was not disclosed to investors at the time of the offering.  Ultimately, this over expenditure resulted in a downgrade of the City’s debt rating and required intervention by the State of New York in the form of a $35 million loan.

As a result, the SEC filed a complaint in the U.S. District Court for the Western District of New York.  The complaint alleges that the City’s note offering documents were materially misleading to investors because of their reliance on outdated financial statements, which failed to reflect the true financial condition of the District at the time of the offering.  Additionally, the SEC’s complaint alleges that the District’s “unusual financial distress” was omitted from the offering documents, further misleading investors.

The SEC is seeking injunctive relief and financial penalties against all parties as a result of one or more of the following allegations: (a) fraud, (i) in the offer or sale of securities and (ii) in the purchase or sale of securities, (b) deceptive, dishonest, and/or unfair practices, (c) breach of fiduciary duties, (d) supervisory breaches and (e) MSRB violations to name a few of the allegations. Although the matter is still pending in the Western District of New York, the fact that charges were filed demonstrates the significance in discovering, and disclosing to investors, the issuer’s most current financial condition prior to issuing municipal securities.  It is essential that investors have all necessary, up-to-date information so they are able to make well informed decisions regarding municipal investments.

* Brooke Hewlett is a 2022 summer associate and not yet licensed to practice law. 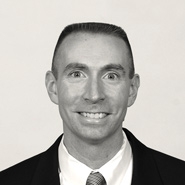