State Legislative Procedural Updates as a Result of COVID-19 Pandemic

In addition to its devastating effects on the global population, the COVID-19 pandemic has fundamentally altered operations in both the public and private sectors. Before elected officials could consider pandemic-related legislation aimed at assisting their constituents, state legislatures faced the difficult task of carrying out their legislative functions while ensuring the health and safety of members, staff, and the public.

Legislative chambers in a majority of states have either introduced or adopted measures to accommodate legislating during a global pandemic. These measures include permitting remote participation in legislative proceedings by members and witnesses, allowing votes to be cast electronically or through proxy, limiting access to legislative buildings, requiring face coverings and social distancing when meeting in-person, and even postponing committee meetings and legislative sessions. While some chambers are able to accomplish these measures by simply passing a resolution to amend their own rules, others require amendments to state constitutions. Below you’ll find the actions taken by legislatures in the states served by Dinsmore’s Government Relations practice group and DSD Advisors. 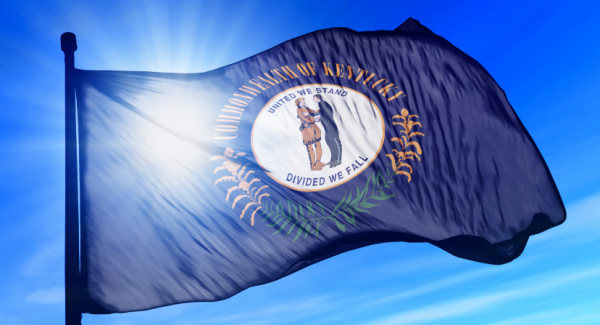 Legislators in the Commonwealth of Kentucky found ways to continue business as best they could during the waning days of the 2020 Regular Session. When pandemic restrictions began to be implemented, the Kentucky General Assembly was still in its legislative session. To adapt, legislators were permitted to electronically transmit votes via text or email, typically by sending their votes to the floor leader of their party, or a member of party leadership to announce it to the speaker of the house or senate president when taking roll. While the process proved somewhat successful, it did, however, make public debate over legislation increasingly difficult, especially since the public was excluded from being present in the Capitol.

Some in the legislature and the media, including the governor, called for the legislature to immediately adjourn and reconvene at a later date. However, legislators are required by the Kentucky Constitution to draft a state budget every two years, and this year is a budget year. The speaker of the house and the president of the senate made the decision to continue on with session and pass a biennial budget that did not appropriate any money for the second year, as well as COVID-related relief. This means members of the Kentucky General Assembly will need to focus on the second year of the budget in the upcoming session. In sum, the legislature used only 53 of its allowed 60 working days before adjournment.

In June, the Kentucky General Assembly commenced its interim committee hearings to examine and discuss legislation and topics to possibly be considered in the 2021 session. To participate in these hearings, legislators have been given the option to attend committees in person or remotely via video conference or telephone. Legislators who attend in person must adhere to CDC guidelines. Uninvited visitors are still excluded from the Capitol and invited visitors are encouraged to participate remotely.

During these uncertain times, members of the Kentucky General Assembly figured out a way to continue their duties to their constituents. Although still rough around the edges with the occasional technical difficulty, work is continuing as normal. There are many who are still hopeful the 2021 session will be able to continue as a normal session, with in-person meetings and members voting and debating on the floor. However, it is imperative to search for alternative ways to continue the important work of lawmaking, and Kentucky has found a way. 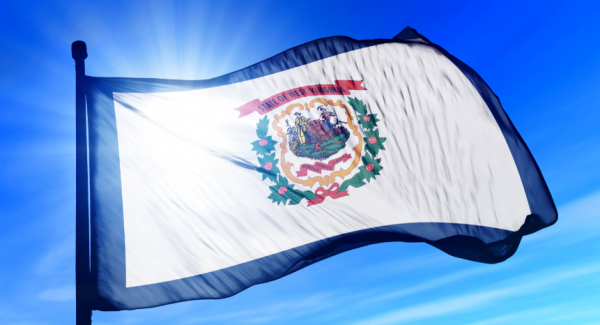 The 2020 Regular Session of the West Virginia Legislature adjourned on March 7, 2020. The next Regular Session will begin on Feb. 10, 2021. Because the full legislature has not convened since Governor Jim Justice declared a state of emergency on March 16, 2020, no COVID-related measures have been introduced or considered to date.

Unfortunately, a House of Delegates employee who attended the Health and Human Resources Committee meeting subsequently tested positive for coronavirus. No other meeting attendees have reportedly tested positive since the meeting. However, the fact a legislative employee was present at a meeting of legislators and the state’s Coronavirus Task Force certainly presents a cautionary tale as the legislature plans its interim committee meetings in the coming months. 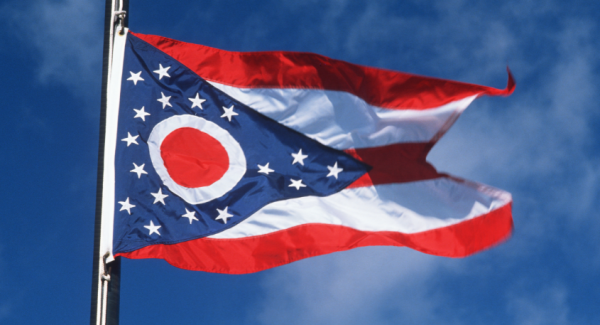 Under the leadership of Governor Mike DeWine, Ohio emerged as a national example for its early COVID-19 response. Governor DeWine did not wait to see how other states would respond or what the White House would advise; rather, he took a proactive approach and consulted public health experts to make the best decisions for Ohioans. As he has repeatedly stated in his daily—now biweekly—press conferences, Governor DeWine’s actions are aimed at keeping the people of Ohio safe. He deemed the pandemic too grave to allow partisanship and economic concerns to temper his decisive action.

Early on, DeWine’s actions earned him seemingly unwavering approval from leaders on both sides of the aisle. However, as the pandemic and the subsequent shutdown orders endured, it became politicized, and Ohio’s bipartisan and proactive response dissipated. Some say the criticism was earned not because of the swift action to shut down the economy in March, but in the piecemeal way in which Ohio’s economy and selected industries have been permitted, or not,  to reopen. Now, the Ohio Legislature consists of a Republican majority demanding business as usual and a Democratic minority calling to prioritize the health and safety of members, staff, and the public.

In stark contrast to both Kentucky and West Virginia, Ohio’s legislature meets year-round. Though on summer recess and responding to criminal scandals involving House leadership, the legislature remains active. Below is an outline of measures adopted by the Ohio Legislature as a result of the crisis.

On Monday, March 24, 2020, Speaker Larry Householder notified members of new procedures for the Ohio House of Representatives based on recommendations by the Ohio Department of Health. These procedures included assigning representatives to small groups in various statehouse rooms to watch a video stream of the House session, requesting all members to remain six feet apart, requiring all voting to be done as a roll-call vote, checking temperatures of members before sessions, suggesting that sick members stay home, and transforming the Members’ Lounge into a quarantine area. Furthermore, the new procedures closed the House Chamber to the public and media but ensured sessions would be televised live on the Ohio Channel. Legislative staff split time working at their offices and home, which fluctuates when a staffer tests positive.

Two days after the implementation of these new procedures, the General Assembly passed HB 197 with a unanimous vote, instituting necessary measures for operating under a state of health emergency. While the members were present at the Ohio Statehouse, both the Senate and the House of Representatives waived the requirement for members to vote from the floor, and all of the members practiced social distancing to prevent the spread of coronavirus. Additionally, the Senate encouraged members to wear casual dress with the notion that casual attire is cleaned more frequently than suits.

While the voting process on HB 197 was unprecedented, it set the blueprint for following sessions and was important legislation in combatting the pandemic. It addressed a number of pressing issues, including extending mail-in primary voting until April 28, extending the state income tax deadline to July 15, and codifying Governor DeWine’s executive order on unemployment compensation. The bill also temporarily altered the practices of public bodies, allowing them to meet by teleconference or video conference so long as the public was notified and able to attend.

Following the passing of HB 197, Speaker Householder stated that legislative action would be suspended until further notice and they had no plans to convene unless the governor needed assistance. However, due to criticism of the governor’s gradual reopening plan, the House reconvened on May 6 to devise its own plan to reopen the economy. The Senate reconvened soon after on May 13.

After the Legislature reconvened, it took similar precautions to those instituted prior to the suspension in all subsequent committee and session meetings. Members only used rooms large enough to ensure compliance with social-distancing guidelines and used overflow rooms for witnesses and the media. The Speaker announced additional measures to protect staffers, including staggered start times and continued work from home.

Members were also encouraged to receive temperature checks, wear masks, and continue social distancing; however, a few members refused to comply as masking has become a political statement in itself. In response to instances of noncompliance, Speaker Householder claimed he cannot order members to follow these measures as they are ultimately voluntary. This exacerbated a divide in the Legislature between those who desire a return to normalcy for operations at the Statehouse and the economy at large and those who desire enforceable rules to protect the safety of members, staff, and the public.

While Ohio has altered its procedures to address the pandemic, there are still questions as to whether these are rules or simply recommendations. Despite these questions, the vast majority of legislators remain committed to legislating in a manner that prioritizes the health and safety of their fellow members, staff, and citizens.