After spending over 10 years in court, the Google vs. Oracle copyright saga has finally come to an end. The U.S. Supreme Court, ruling 6-2 in Google’s favor, found that when Google used pieces of Java software developed by Oracle to build the Android operating system, it was within the parameters of the fair use doctrine that permits the unlicensed use of copyright-protected works in certain circumstances.[i]

In 2005, Google copied roughly 11,500 lines of software code from Java SE—a software platform owned by Oracle—to create the Android mobile operating system. While Oracle claimed Google stole and infringed upon key elements of its copyrighted material, Google argued it only used a small portion of the overall code and then transformed it into the Android platform, which constituted permissible transformative use. The two main issues in the case were: (1) whether the Java SE platform and related software code were copyrightable works, and, if so, (2) whether Google’s copying of the code was permissible fair use, which would absolve Google of liability for infringement.

The decision in favor of Google turned on the first and third factors. The Court found that the purpose of Google’s use of the code was to create new products and “expand the use and usefulness of Android-based smartphones,” [iii] which is exactly the type of innovation that copyright law seeks to incentivize. Copyright is intended to encourage creativity and the creation of original pieces of work, and Google did just that: it created a new and original smart phone operating system. Turning to the third factor, in writing for the majority, Justice Stephen Breyer explained that while Google did copy 11,500 lines of Oracle’s software code, it only amounted to 0.4 percent of the 2.86 million lines of code included in Java SE. The Court did not find this to be a substantial amount of use of Oracle’s code. Moreover, Google limited its use of the code to only as much as it needed in order to create the Android operating system and developed the rest of the system without the code. If it had based the entire operating system on Oracle’s code, the outcome may have been different.

Google called the decision “a big win for innovation, interoperability and computing,”[iv] but Oracle believes it will hinder smaller companies’ ability to compete with tech giants such as Google, stating “[t]hey stole Java and spent a decade litigating as only a monopolist can.”[v] It may be tempting to view the Court’s ruling as a one-sided victory for software developers who want to use portions of proprietary software without a license, but it’s important to note that this kind of litigation is highly fact-intensive and can take years and a lot of expense to achieve the result that Google did.

And while the battle may be over for Google and Oracle, the Court’s decision not to address whether the software code was copyrightable opens the door for future disputes regarding to what extent software and computer programs can be copyrighted. The Court briefly mentioned that some works are closer to the “core” of copyright than others, and that codes such as Java are further away from that core than other computer programs in general—but it never gave a clear explanation for why this is the case.[vi] Without clearer criteria for copyrightable software, the issue will likely continue to be determined on a case-by-case basis. 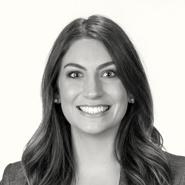