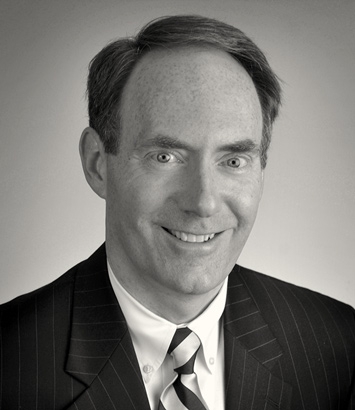 Scott focuses his practice primarily in the representation of employers in the areas of labor and employment law, employment litigation, and general commercial litigation.

He represents employers in trial, mediation, arbitration, and appeals at all levels of state and federal courts and administrative agencies in connection with claims of wrongful termination, harassment, discrimination, unemployment, workers’ compensation, unfair labor practices OSHA citations, and other labor and employment.

Scott’s practice includes consultation with and representation of employers in traditional areas of labor law, including contract negotiations, employee handbooks, bargaining unit elections, disciplinary proceedings, and the defense of grievances and arbitrations.

Representative examples of his work in this area include negotiating on behalf of a manufacturing client in its collective bargaining with the United Steelworkers of America, assisting a manufacturing client with a decertification election, representing a manufacturing client in proceedings before an administrative law judge for the National Labor Relations Board, representing an electrical company in federal court litigation with the IBEW in a dispute over a national agreement and a local insider agreement, and representing an electrical company in federal court injunction proceedings involving the IBEW.  He has also represented a transportation client in grievance and interest arbitration proceedings involving the Amalgamated Transit Union, defended a construction company in labor contract disputes in federal court involving the Plumbers and Pipefitters Union, and successfully preserved union-free status for a medical supply manufacturer in a union representation election pursued by the International Association of Machinists and Aerospace Workers.

In addition to traditional labor law, Scott also represents employers in all areas of employment law, including claims of wrongful termination, harassment, discrimination, unemployment and workers’ compensation. Representative examples of his work in this area include defending age and disability claims against a service industry employer before the West Virginia Human Rights Commission and in federal court, defending a mining supply company in state and federal court from a job applicant’s disability discrimination claim, defending charges of age and disability discrimination filed with the West Virginia Human Rights Commission against a lumber company in connection with an employee's dismissal for failure to return to work after exhausting all leave, and defending a manufacturing employer from a lawsuit in which an employee alleged his termination was the result of workers’ compensation discrimination.  He also has experience litigating the enforcement of restrictive covenants against former employees on behalf of a medical group, defending a banking corporation from state public policy violation claims of wrongful termination involving alleged whistleblowing, defending a transportation client with respect to claims of malicious prosecution involving the unauthorized removal of company property, defending an electrical company in federal court against claims of a sexually hostile work environment, and defending various employers from West Virginia Wage Payment and Collection Act claims.

Scott frequently conducts seminars and publishes articles of interest to employers and the employment defense bar on such topics as internal investigations, employee disciplinary and job performance strategies, employee handbooks, workplace privacy, limiting employer liability for sexual and other types of harassment, compensation issues under the Fair Labor Standards Act, and state and federal developments in employment and labor law.