The case concerned West Virginia’s successful application for funding from the Broadband Technology Opportunities Program, a federal initiative to extend rural broadband networks, to which Congress appropriated $4.7 billion in 2009. Id. at *4. An unsuccessful applicant, Citynet, LLC, filed an FCA qui tam action alleging the West Virginia grant application was made fraudulently, with the intent to benefit another business entity, and that defendants falsely invoiced the federal government for work not performed. Id. at *4–5.

Two defendant West Virginia state officials moved to dismiss, asserting qualified immunity, among other grounds. Id. at *5–6. The district court deferred any qualified immunity ruling until further factual development could enable a determination as to the defendants’ scienter. See id. at *7.

The defendants filed an interlocutory appeal, arguing that deferring decision on qualified immunity amounted to an appealable “final decision under the collateral order doctrine.” Id. The Fourth Circuit agreed, reasoning qualified immunity is no mere defense but “an immunity from suit” whose benefits would be “effectively lost if [the] case [were] erroneously permitted to go to trial.” Id. at *9 (quoting Mitchell v. Forsyth, 472 U.S. 511, 526 (1985)). Although the panel recognized that a delay in addressing immunity is sometimes necessary to enable further factual development, id., it faulted the district court for failing to address the “logically antecedent” threshold question of “whether qualified immunity could ever be invoked as a defense to claims of fraud brought under the FCA.” Id. at *9–10. As this was a “pure issue of law,” appellate jurisdiction was supported. Id. at *10.

The Court’s Holding: Qualified Immunity is Inapplicable in FCA Cases

The panel found qualified immunity fundamentally inconsistent with FCA scienter, which required either “actual knowledge of the [falsity of the] information,” or “deliberate ignorance” or “reckless disregard” of its truth or falsity. Id. at *11 (citing 31 U.S.C. § 3729(b)(1)(A). This scienter provision was crafted as part of the 1986 FCA amendments, see United States ex rel. Compton v. Midwest Specialties, 142 F.3d 296, 303 (6th Cir. 1998), to leave “honest mistakes or . . . mere negligence” beyond the FCA’s reach, Citynet, 2020 U.S. App. LEXIS 19367, at *11–12 (quotation omitted). Thus, a defendant who falls within the FCA’s reach “by acting intentionally or recklessly” would “necessarily forfeit[] any entitlement” to qualified immunity. Id. at *12. The court also observed that the policy reasons underlying the principle of qualified immunity—“a doctrine that ‘acts to safeguard the government, and thereby to protect the public at large’”—were also inconsistent with the FCA’s focus on “situations where the victim of the alleged violation is the United States government itself.” Id. at *13. Accordingly, the court adopted a clear, bright line rule: “[W]e hold that qualified immunity may not be invoked as a defense to liability under the FCA.” Id. at *14 (citing, inter alia, Samuel v. Holmes, 138 F.3d 173, 178 (5th Cir. 1998)).

Qualified immunity is seldom invoked in the FCA context, and most of the decisions to date have addressed FCA retaliation claims. As a result, Citynet represents the clearest, and most sweeping pronouncement on the doctrine’s inapplicability.

The Supreme Court enunciated contemporary qualified immunity doctrine in Harlow v. Fitzgerald, holding “government officials performing discretionary functions, generally are shielded from liability for civil damages insofar as their conduct does not violate clearly established statutory or constitutional rights of which a reasonable person would have known.” 457 U.S. 800, 818 (1982).

In the leading case applying the doctrine to FCA retaliation claims, the Fifth Circuit observed the statute’s “silen[ce] on the existence of qualified immunity” and noted neither the defendants nor the court’s own research disclosed “any case recognizing qualified immunity from claims arising under §3730(h).” Samuel, 138 F.3d at 178. Calling qualified immunity “particularly ill-suited” to whistleblower retaliation claims, because it would undercut the statute’s purpose of encouraging employees to reveal fraud, the court declined to grant it—but stopped short of categorically excluding the doctrine from FCA cases.1 See id.; see also Bell v. Dean, No. 2:09-CV-1082-WKW [WO], 2010 U.S. Dist. LEXIS 75740, at *7 (M.D. Ala. July 27, 2010) (citing Samuel approvingly as holding qualified immunity inapplicable to FCA retaliation claims and as “only appellate decision to have addressed the issue head-on”); Gonzalez v. Lee Cnty. Hous. Auth., 161 F.3d 1290, 1300  n.34 (11th Cir. 1998) (noting Samuel’s holding qualified immunity inapplicable to FCA retaliation cases). Bell also contrasted cases involving “split-second decisions of law enforcement officers in the field,” where the doctrine was appropriate, with cases of “retaliation against whistleblowers by public employers.” 2010 U.S. Dist. LEXIS 75740, at *7–8, where its purpose was “difficult to discern.”

Citynet’s wholesale rejection of qualified immunity in the FCA context represents the most emphatic position yet taken by a federal appellate court on the issue. While no comparably forceful statement has yet been made for the opposite view, Burlbaw and Stoner hint at the possible emergence of a circuit split.

1. In United States ex rel. Parikh v. Citizens Medical Ctr., an FCA fraud case, the district court noted there were “very few cases” on “whether qualified immunity is available” to shield government officials from FCA liability—but that among them was Samuel, which “foreclosed” the doctrine’s use under the FCA. 977 F. Supp. 2d 654, 678 (S.D. Tex. 2013) (citing 138 F.3d at 178). Though Samuel involved an FCA retaliation claim, the district court inferred that its holding even more clearly precluded qualified immunity from FCA fraud claims, reasoning that “[i]f anything, . . . the anti-retaliation provision is more like the statutes protecting individual rights for which the Supreme Court has recognized immunity defenses than is the ban on false claims[,] in which a relator is enforcing the claims of a defrauded federal government.” Id. (alteration added). The Fifth Circuit affirmed on other grounds, expressly declining to rule on the categorical availability or unavailability of qualified immunity against FCA claims. See United States ex rel. Parikh v. Brown, 587 F. App’x 123, 127 (5th Cir. 2014). Rather, the court assumed arguendo that qualified immunity was an available defense, and found on the merits that the defendants were not entitled to assert it against the FCA claims in question. Id. The court reached this conclusion because the complaint alleged that defendants certified false claims with “actual knowledge of their falsity,” thus placing defendants beyond qualified immunity’s protection. Id. at 129. The court left for another day “the more difficult question whether qualified immunity may be available for . . . FCA violations on a lesser scienter showing, namely deliberate indifference or recklessness.” Id. 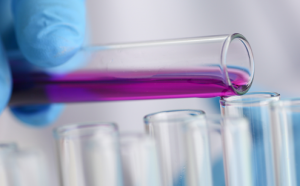