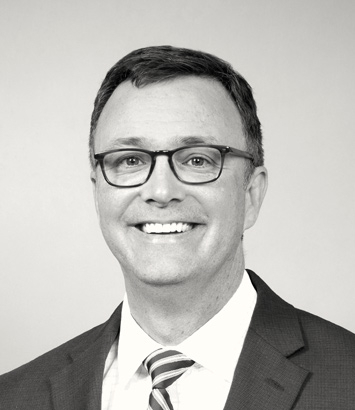 Dinsmore & Shohl LLP’s quick expansion in Columbus is continuing with the addition of Tim Cahill, who has joined the firm as partner of counsel in the health care group. He comes to Dinsmore from Adena Health System, where he served as general counsel and board liaison for nearly five years and interim chief compliance officer for a year.

He began his career as a physical therapist before turning to health law, which he has practiced for more than 15 years. He has addressed a wide range of issues related to health care regulations, corporate governance, and corporate transactions, and he has negotiated deals with global pharma, medical device, and health care corporations, as well as numerous health care nonprofits. From in-house roles, Cahill has an intimate knowledge of hospital operations, finance, and reimbursement issues.

“Dinsmore is a well-run, transparent, egalitarian firm. Everyone at Dinsmore pulls their weight, and the culture in the office is that people genuinely like working with one another,” Cahill said. “There are bright attorneys doing interesting work here, and that’s really appealing to me. My sense is that Dinsmore is growing in the hospital and health-system space, and I can bring a lot to the table in that regard.”

Cahill’s move to Dinsmore is a reunion of sorts, as he worked with both Plinke and Borowicz as an associate early in his career.

“I actually interviewed with Eric in law school,” Cahill said. “He came to campus to interview students, and we hit it off right away. Later, my office was next door to Eric’s, and my entire time in-house, I worked with him as well and really relied on him.”

Borowicz, meanwhile, was in the same summer associate class as Cahill, and they have worked closely with one another through the years.

“I did two years of federal clerkship before returning to the firm, and when I got back, Stacey was so helpful in teaching me what I needed to know in health care law,” Cahill said. “As a client, Stacey was one of my true trusted advisers. It’s nice to have close and long-standing relationships with Stacey and Eric.”

Cahill is the vice president of the Society for Ohio Health Care Attorneys and is slated to become the president in January. He received a B.S. in physical therapy from The Ohio State University and J.D. from the University of Cincinnati College of Law, where he was the student articles chair of the law review. Outside the office, he loves to cook, especially from Thomas Keller’s famous “French Laundry Cookbook.” He’s also an avid runner, skier, and budding fly fisherman.