"One Source" for Shared Success 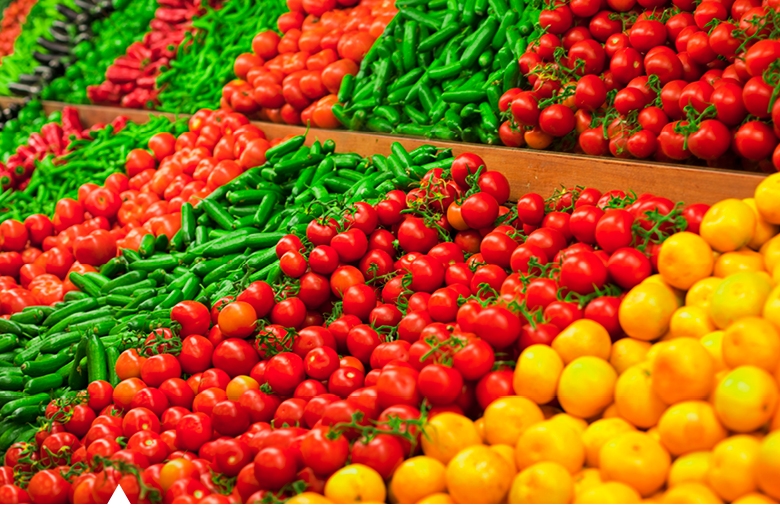 Growing, nurturing and providing fresh produce is not without challenges, from accounting for the weather to managing transportation to ensuring quality and safety. However, when those challenges cross over into the legal realm, Castellini Group of Companies knows they have a trusted partner in Dinsmore.

“Coordination is very important in our business because we have so many different facets that need to come together for success,” said Bill Schuler, President and CEO of Castellini. “Dinsmore understands that, and they work with us in a number of areas to make sure our business continues to thrive.”

Having started as a small fruits and vegetables supplier more than 100 years ago, Castellini has grown to become one of the largest produce suppliers in the country. Through it all, Schuler says Dinsmore has been by their side, advising on everything from real estate transactions and complex financings to corporate structure and supply chain matters to labor and employment issues. Drawing on a wealth of institutional knowledge, Dinsmore attorneys have provided the targeted counsel and insight Castellini has needed to continue to grow and evolve over the years.

Castellini’s success has been fueled by their motto of “One Source,” as they have become a one-stop-shop for their customers’ complete produce needs. Similarly, Dinsmore has become Castellini’s one source legal adviser and collectively we’ve been able to share success.

This case involved the addition of job duties to a bargaining unit position and whether management could make the assignment without negotiating with the Union. The Arbitrator confirmed that this was within management's right.
Kirk M. Wall

Union sought 2 years of back pay over alleged misrepresentation regarding the changes to method of calculation of wages under a 12 hour shift agreement. Based on the Union's calculations, the Company owed the Union in excess of $1 million dollars in unpaid overtime. The arbitrator's decision denied the grievance in its entirety.
Kirk M. Wall

Grievant was discharged for failing to pass qualifications testing. The arbitration was significant because it established that the testing process is reasonable, fair, and calculated to determine the qualifications of the individual. Moreover, the grading process was also determined to be fair. The decision is significant in that challenges to the process are unlikely.
Kirk M. Wall

This case involved the Company's decision not to follow a participative program provision in the contract, where the Union had unilateral veto rights over the Union's participation in the program. The Company instead assigned employees under management's rights to work on process safety management. The arbitrator upheld the Company's right to make the work assignment, even though it was not a typical job duty of the assigned employee.
Kirk M. Wall

This case involved the Company's right to post jobs and fill positions based upon qualifications, instead of straight seniority. The Company had never exercised the right in over 50 years at the facility. The arbitrator held that "deciding when a position is open, at what level to fill an open position, establishing and determining position qualifications and determining who is qualified are all traditional and recognized functions of management. * * * Mere non-use of a right does not entail a loss of it."
Kirk M. Wall

In this case, the Union grieved the rotation of workers through different assignments at the Lima facility, contending that the definition of schedule under the contract included days and hours of work, as well as the work assignment. The Union's position was that a two-week rotation had to be followed, which meant that the Company would have to call in workers on overtime to cover shifts if the rotation put an employee in a position for which they were not yet qualified (eg. boilerhouse). The Arbitrator confirmed the Company's position and held that the schedule is limited to the days and hours of work. The Company's management rights clause allowed the Company to change employees' rotation through assignments, which significantly reduced the Company's overtime costs.
Kirk M. Wall

Arbitration, Oil Refinery and United Steel Workers, Use of Contractors

Colleen Lewis assisted the Cincinnati Ballet Company with its negotiations for a collective bargaining agreement with the Theatrical Wardrobe Union. Colleen also represented the Ballet in an unfair labor practice charge filed by the Union in Region 9, wherein the Union alleged that the Ballet engaged in bargaining to impasse over a permissive subject of bargaining. Colleen represented the Ballet, maintaining that the Ballet was engaging in proper and good faith bargaining. Colleen was able to negotiate a resolution of the charge, which resulted in the parties returning to the bargaining table, and a withdrawal of the unfair labor practice charge.
Colleen P. Lewis

Lead counsel in the successful defense of Georgia Pacific against claims by a group of former workers whose employment was terminated when Georgia Pacific sold a sawmill to a successor company. The plaintiffs contended that Georgia Pacific violated the terms of their collective bargaining agreement by not ensuring their subsequent employment with the successor company, and filed suit under § 301 of the Labor Management Relations Act. The court found that the sale of the sawmill did not violate the CBA, as it reserved exclusively to Georgia Pacific certain rights, including the right to plan, direct, control, increase, decrease, or discontinue operations, or to move, close, sell, or liquidate it whole or in part. Accordingly, the court granted summary judgment to Georgia Pacific.
William E. Robinson

The City of Blue Ash has 4 bargaining units in its police, fire and maintenance departments. Every 3 years, I am the lead negotiator in the contract negotiations. I am in negotiations every year for the City because of the rotation of the contracts. The Units are as follows: International Association of Fire Fighters, Local 4380, Fraternal Order of Police, Ohio Labor Council, Blue Ash Patrol Officers Benevolent Association, International Association of Fire Fighters, Local 3203, Ohio Council 8, AFSCME, LOCAL 1092-F
Kirk M. Wall

In 2009, I concluded several months of negotiations with the United Steel Workers. I was successful in achieving 76 percent of the Company's agenda items. In particular, we negotiated an attendance policy, short term disability program that was more restrictive, a past practices clause that allows the company to unilaterally terminate any past practices upon 30 days written notice, as well as negotiated the restructuring of 3 departments that resulted in the withdrawal of 5 arbitrations. The negotiations process included strike preparation and defending numerous ULP charges.
Kirk M. Wall