An Ohio customer walks into her local branch and demands access to the contents of her safe deposit box. She presents a key and a one-year lease, capable of annual renewal, from 2005. But the key not only fails to open the box – it does not even fit in the lock. And when you search for records of the lease, you find nothing. No records of the lease; no records of its closure. In fact, your records indicate two separate customers have leased the box in the last five years. Appalled at the revelation, the customer files a lawsuit against the bank for conversion of the property she claims to have stored in her safe deposit box. Without records to confirm that the customer’s lease ended and why, how can the bank defend itself?

Enter Ohio Revised Code 1109.69(F) – a critical component of Ohio’s record-retention framework that bars any lawsuit that turns on records that a financial institution has lawfully purged. As explained by the Ohio Supreme Court, “A bank would be foolish to destroy its records . . . in reliance on [the record-retention framework] without the assurance provided in [R.C. 1109.69(F)] that it will not thereby leave itself open to litigation without the documents necessary to defend itself.”

Dinsmore recently obtained a favorable decision from Ohio’s First District Court of Appeals construing Ohio’s banking record-retention statute and applying its corresponding statute of limitations. Particularly in Hamilton County, this decision provides important guidance on record-retention policies and banks’ ability to avoid legal claims for which they no longer have relevant records. It is one of only a handful of decisions touching on the statute and is helpful in its summary of Ohio’s record-retention rules, history of relevant cases, and on the particular facts at issue.

As all banks with an Ohio presence are likely aware, Ohio law requires financial institutions to maintain certain records for one year and others for six years, with a six-year catchall for records not specifically designated. R.C. 1109.69(A)-(B). Banks may then dispose of any records at the end of their retention period. R.C. 1109.69(E). And to avoid forcing a bank to defend litigation without records it disposed of in compliance with the statute, the Ohio General Assembly enacted a final component of the record-retention framework at section F: “Any action by or against a bank based on, or the determination of which would depend on, the contents of records for which a period of retention or preservation is set forth in divisions (A) and (B) of this section shall be brought within the time for which the record must be retained or preserved.” In other words, if a bank’s defense to claims depends on the contents of purged records, those claims should be dismissed. Absent the protection at R.C. 1109.69(F), banks in Ohio may have been wise to forego record purging at all, because the alternative – limitless, indefensible lawsuits – is no more appetizing from a risk and liability perspective.

The Ohio Supreme Court took up R.C. 1109.69(F) on two occasions prior to our matter. Abraham v. Natl. City Bank (1990) involved a passbook savings account opened 13 years prior, for which the bank no longer had records of the account’s existence, let alone closure. Spiller v. Sky Bank-Ohio Region involved a more complicated question because the customer presented decades old, yet automatically renewing, certificates of deposit. But in both instances, the court enforced R.C. 1109.69(F) despite the potentially harsh results. Although both banks lacked direct evidence of the subject accounts’ closure, the Supreme Court explained, “A bank would be foolish to destroy its records after six years in reliance on [R.C. 1109.69(E)] without the assurance provided in [R.C. 1109.69(F)] that it will not thereby leave itself open to litigation without the documents necessary to defend itself.”

Dinsmore’s case presented to the First District Court of Appeals on a safe deposit box opened 14 years prior to suit. Unlike a savings account or CD, no regular statements or tax forms were – or were ever expected to be – generated. Thus the plaintiff only had a copy of his original one-year lease – renewable on a yearly basis – and our client had nothing. The First District found similarities between these facts and those in Abraham and Spiller but distinguished in one critical way: Dinsmore’s client did not have a list open safe deposit boxes six years prior to the lawsuit that failed to include the plaintiff’s name.

The existence of such a list in Abraham and Spiller served as indirect evidence that the respective accounts closed more than six years prior to suit, which permitted the inference of account closure and corresponding record destruction. To overcome this hurdle, the client submitted an affidavit in the trial court detailing its record-retention policy with regards to safe deposit boxes, that it had no records of the account at issue, and proposing four separate scenarios under which it would have lawfully purged relevant records prior to the lawsuit. The First District held that this affidavit “was sufficient for the trial court to make a permissible inference that the safe deposit box account must have closed more than six years prior to the complaint being filed in this action.” It accordingly affirmed dismissal.

There are a few key takeaways from this decision. First, courts have now repeatedly held that Ohio’s record-retention framework is clear as written, and banks are entitled to rely on it. Second, the corresponding statute of limitations at R.C. 1109.69(F) will protect banks against suit after purging relevant records if they can present some indirect evidence to the court to make a “permissible inference” that the subject account closed outside of the record-retention period. This indirect evidence can be a list of open accounts existing outside the record-retention period demonstrating that the subject account was not open; or, like in our case, a detailed affidavit explaining the circumstances under which the account may have closed and left the bank without relevant records. Third, even if an account is automatically renewing, that will not save it from R.C. 1109.69(F), because all accounts are subject to closure at some point.

Record-retention statutes like R.C. 1109.69 came as breath of fresh air to banks that were otherwise facing indefinite record retention and the logistical and financial hurdles associated with maintaining such immense amounts of data. Yet, many of the state legislatures that enacted these frameworks failed to appreciate the liability banks can face once they have disposed of records that serve as their only means of defending a customer lawsuit. Thankfully, the Ohio General Assembly had to the foresight to enact the statute of limitations at R.C. 1109.69(F) – for, without it, banks with an Ohio presence would be “foolish” to purge account records and thereby leave themselves open to lawsuits without any meaningful defense. 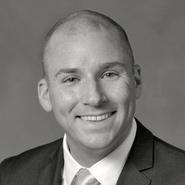