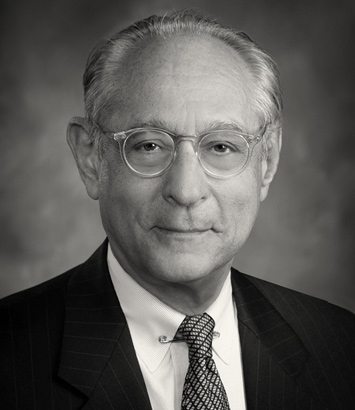 Don has built a distinguished career in law and government services for more than 40 years, making significant contributions to the legal profession and to the justice system of the District of Columbia. He concentrates his practice on legislative, regulatory and enforcement matters before the U.S. Congress and federal agencies, including the Department of Justice, Department of the Treasury and Department of Homeland Security.

Earlier in his career, Don served five times as a presidential appointee, four times confirmed by the U.S. Senate, for three different presidents. He concentrates his practice in federal and state legislative, regulatory, enforcement matters, government contracts and corporate governance, particularly with respect to national and international security issues.

Don's extensive experience in government relations includes corporate investigations, both by the U.S. Congress and the executive agencies, particularly the U.S. Department of Justice, Department of the Treasury and agencies of the Department of Homeland Security; representing a major technology company with a large government contract to process all electronic and paper files for a large government agency, as well as internal and external audits and investigations; representing two of the four major railroads in all their telecommunications matters; representing a global, multibillion-dollar management software company in federal and state regulation of the tech industry; particularly encryption, outsourcing and export controls; and representing international aviation manufacturer in compliance with export controls, compliance with U.S. safety regulation and U.S. taxation matters. Don successfully argued for an aviation manufacturer in an anti-dumping and countervailing duty case before the U.S. International Trade Commission.

Don has experience in federal and state legislative, regulatory and enforcement matters, both as a former prosecutor, former assistant United States attorney and former congressional counsel. Among his several federal government public service positions, he served as a presidential appointee with U.S. Senate confirmation as associate deputy attorney general, administrator of the Law Enforcement Assistance Administration, counsel to the president, director of the Corporation for Public Broadcasting, director of the Legal Services Corporation, director of the Overseas Private Investment Corporation and was counsel to both Senate and House Judiciary Committees.