While the Kentucky legislature continues to debate the issue of expanded gaming without progress,1 two Kentucky horse racing tracks – Kentucky Downs and Ellis Park – offer their patrons “Instant Racing”, or wagering on historical horse races. The tracks’ Instant Racing software is housed in a slot machine-like terminal, and the bettor wagers on historical horse races provided with limited past performance information which does not identify the date, the horse or the track. After placing a wager, the bettor is given the option of watching the race or immediately viewing the results and moving quickly to the next wager. The revenue generated by Instant Racing is substantial – from September 2011 to December 31, 2012 approximately $228 million has been wagered through the machines2 – but the legality of the game in Kentucky remains in question.

Generally, gambling devices like slot machines are prohibited by Chapter 528 of the Kentucky Revised Statutes, but under Ky. Rev. Stat. § 436.480, the prohibitions found in Chapter 528 “shall not apply to pari-mutuel wagering authorized under the provisions of Chapter 230,” Kentucky’s horse racing laws. The genesis of Instant Racing in Kentucky came in late 2009, when State Senator Damon Thayer (R) submitted a request to Attorney General Jack Conway (D) to determine the legality of Instant Racing in Kentucky, citing in his request that a 2007 Oaklawn Park racetrack report indicated that $17.7 million was wagered each month through its Instant Racing system, and that the amount of wagering had nearly tripled from 2004-2006.3 In the resulting Opinion, Attorney General Conway found that Instant Racing did not qualify as pari-mutuel wagering under then-current Kentucky racing regulations (which contemplated live racing), but suggested that the Commission had the statutory authority to amend its regulations to include Instant Racing in its definition.4

Under Kentucky law, the Kentucky Horse Racing Commission (the “Racing Commission”) has the authority to promulgate administrative regulations governing and regulating wagering on horse races under the pari-mutuel system.5 Following the Attorney General’s Opinion, the Racing Commission drafted amended regulations authorizing pari-mutuel wagering on both live and historical horse racing.6 In July of 2010, the Racing Commission, the Kentucky Department of Revenue, and a group of Kentucky race track associations then brought a declaratory judgment action in the Franklin Circuit Court, asking the court to adjudicate the legality of the proposed regulations.7 The Family Foundation of Kentucky, a vigorous opponent of expanded gaming in Kentucky, intervened as Respondent, arguing that Instant Racing is not pari-mutuel wagering, and thus is illegal gambling under Chapter 528.

After taking judicial notice of the struggles of, and importance of, the horse industry in Kentucky, as well as the potential legal and economic harm that could befall the racetrack associations should they proceed without an adjudication of the regulations’ propriety, Judge Thomas D. Wingate of the Franklin Circuit Court set an expedited briefing schedule.8 Following hearings on the merits of the case, on December 29, 2010, the Franklin Circuit Court ruled that the Instant Racing regulations were a lawful exercise of the Racing Commission’s authority to regulate pari-mutuel wagering on horse racing, and that the licensed operation of wagering on historical horse races was pari-mutuel, and thus not contravene the statutory prohibitions on gambling found in Chapter 528 of the Kentucky Revised Statutes.9

The Family Foundation appealed, and on June 15, 2012, in a 2-1 decision, the Kentucky Court of Appeals reversed the circuit court, holding that the question of whether Instant Racing was truly pari-mutuel wagering was a question of fact, not law (as the circuit court had held), and remanded the case to the circuit court for a hearing and findings of fact.10 The original Petitioners appealed, and on January 11, 2013 the Supreme Court of Kentucky granted discretionary review.11 Advocates of Instant Racing have taken the Supreme Court’s interest as a positive sign, but, for now, the legality of Instant Racing in Kentucky remains in limbo.

Because Instant Racing in Kentucky is only authorized by regulation, not by statute, a legislative enactment could clarify the legality of wagering on historical races. In February 2013, House Speaker Greg Stumbo (D) introduced House Bill 416, which was in part designed to pay for pension reform for the state retirement system by utilizing revenue from Instant Racing.12 The bill, which passed the House on February 27th, has a definition that includes Instant Racing as a type of pari-mutuel wager.13 Family Foundation of Kentucky spokesman Martin Cothran said Tuesday that the language appears to be an attempt to resolve the legality of Instant Racing.14

While the bill passed the House, the Senate has indicated that it traditionally does not act on any issue that is currently before the courts.15 And not every advocate of expanded gaming is in favor of the bill, in part because it would cap the revenue that horse racing would receive from Instant Racing at $300 million in total wagers. Representative David Osborne (R), who earlier in the session introduced a constitutional amendment that would establish seven casino locations and provide up to $100 million a year for an Equine Excellence Fund intended to support the horse industry in Kentucky, expressed such doubts.16 “My interest in expanded gambling has never been about state coffers,” Osborne stated.17 “It’s about what it does for the horse industry.”18

Meanwhile, facing legislative indecision on expanded gaming, the Kentucky horse racing industry – in particular Kentucky Downs and Ellis Park – has placed a sizable wager on the legality of Instant Racing. The industry is receiving a payout, but the results of the race are yet to be determined.19 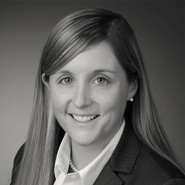