In Silbersher v. Valeant Pharmaceuticals International, Inc., the U.S. District Court for the Northern District of California dismissed a False Claims Act (FCA) qui tam lawsuit the court found was based largely on a Patent Trial and Appeal Board (PTAB) decision and thus violated the public disclosure bar. No. 3:18-cv-01496-JD, 2020 U.S. Dist. LEXIS 82548, at *22–27 (N.D. Cal. May 11, 2020). The court also found media reports of the PTAB decision triggered the news media bar, § 3730(e)(4)(A)(iii). Id. at *27. In a notable twist, relator Zachary Silbersher was the attorney who had successfully litigated the PTAB case—a circumstance that drew the court’s concern. Id. at *30­–31.

Valeant Pharmaceuticals International, Inc. (Valeant) held a patent1 for a drug used to treat ulcerative colitis and other inflammatory bowel conditions. Id. at *3–4. The drug, Apriso, uses a special enteric coating to prevent its active ingredient, mesalamine, from being metabolized while in the stomach, enabling it to reach the bowel. Id. at *4.

GeneriCo, represented by Silbersher, challenged two of the patent’s underlying claims before the PTAB, which found the claims “unpatentable as obvious” and invalidated the patent. Id. at *5. The PTAB analyzed in detail the scientific studies and other “prior art”—meaning “information that is available to the public as of the date of the claim invention, including information that could obviously be inferred,” Cardionet, Inc. v. Scottcare Corp., Civ. A. No. 2:12-cv-2516, 2014 U.S. Dist. LEXIS 144251, at *5 n.2 (E.D. Pa. Oct. 9, 2014)—on which the claims were based, id. at *5–6.

The May 2017 PTAB decision was promptly reported in news media, including legal publication Law360, which “announce[d] that GeneriCo had shown the challenged patent claims would have been obvious . . . and explicitly linked the decision to Apriso.”  Id. at *7–8.

In March 2018, the relator filed an FCA complaint2 alleging defendants obtained the patent through “willful deceit,” by “deliberately omitting” from their patent application information “they knew . . . would render the patent invalid.”  Id. at *8–9. The complaint alleged defendants fraudulently obtained the patent to escape generic competition and inflate prices; the resulting “artificially high prices made a false claim out of each and every Apriso prescription covered by Medicare” and other government programs. Id. at *9–10.

Unless the government objects, the provision mandates dismissal of an action or claim “if substantially the same allegations or transactions as alleged in the action or claim were publicly disclosed (i) in a Federal criminal, civil, or administrative hearing in which the Government or its agent is a party; (ii) in a congressional, Government Accountability Office, or other Federal report, hearing, audit, or investigation; or (iii) from the news media.”  31 U.S.C. § 3730(e)(4)(A).

In its analysis, the district court underscored the close relationship between the qui tam and the patent litigation, which the court termed “the foundation on which [the relator’s complaint] [wa]s built.”  Id. at *8. Indeed, it found that the complaint showed the relator’s knowledge of the fraud came entirely from publicly available information and the PTAB decision. Id. at *18.

In sum, the court stated, the relator “simply seized upon a favorable patent decision in a case [he had] litigated and added the new punchline of a false claim.”  Id. at *24. The resulting action was “the quintessence of the opportunistic and ‘parasitic’ lawsuit” the public disclosure bar contemplates. Id. (quoting Prather v. AT&T, Inc., 847 F.3d 1103, 1105 (9th Cir. 2017)).

Even so, the action could have survived had the relator “plausibly alleged that he was an original source of the disclosed information.”  Id. at *28. His factually unsupported, “wholly conclusory allegation” in that regard was insufficient. Id. Nor did the relator qualify as an “original source” by “alleg[ing] ‘knowledge that is independent of and materially adds to the publicly disclosed allegations or transactions.’”  Id. at *30 (quoting 31 U.S.C. § 3730(e)(4)(B)(2)). Rather, the complaint merely “add[ed] a few details” to the publicly disclosed information, while making copious allegations about other patents without explaining their relevance to the alleged fraud.

While some courts have broadly questioned the appropriateness of an attorney’s status as relator, see, e.g., United States ex rel. Doe v. John Doe Corp., 960 F.2d 318, 319 (2d Cir. 1992) (on dismissing action under public disclosure bar, mentioning but not analyzing “[e]thical implications” of attorney’s bringing qui tam based on information learned while representing client in fraud case), the Valeant court was more explicit about its ethical concerns: “Allowing a lawyer to qualify as an original source based on information a client paid him to obtain,” the court warned, “could incentivize lawyers to keep an eye out for [a possible] personal bounty under the FCA” instead of focusing exclusively on the lawyer’s duties towards his client. Id. at *30 (citing United States ex rel. Fine v. Chevron, U.S.A., Inc., 72 F.3d 740, 745 (9th Cir. 1995) (en banc)).

[2] The term “complaint” as used in this article refers to the relator’s Corrected First Amended Complaint (referred to as “CFAC” in district court’s opinion), filed in October 2018, which was the operative complaint at the time of the court’s decision. Id.

[3] The court gave short shrift to relator’s argument that under the plain language of the statute, “the PTAB is not an enumerated fora” and therefore the public disclosure bar was not triggered. See Valeant, 2020 U.S. Dist. LEXIS 85248, at *24–25. The court acknowledged that the “first channel,” involving “a Federal criminal, civil, or administrative hearing in which the Government or its agent is a party,” was inapplicable to the PTAB. Id. at *25 (quoting § 3730(e)(4)(A)(i)). The court explained, however, that “the second channel”, barring “the use of substantially similar allegations or transactions disclosed ‘in a congressional, Government Accountability Office, or other Federal report, hearing, audit, or investigation,’” did apply. Id. (quoting § 3730(e)(4)(A)(ii)). 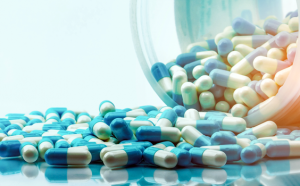