Section 3731(b) applies two time limits to civil actions brought under the FCA.  Section 3731(b)(1) sets the statute of limitations for filing to “[no] more than 6 years after” the alleged violation.  But § 3731(b)(2) allows for tolling of the statute of limitations:  suit may be filed within three years after “the official of the United States charged with responsibility to act” either “kn[ew] or reasonably should have [] known” of the alleged fraud, but it must be brought “no . . . more than 10 years after” commission of the alleged fraud.

The Cochise relator alleged fraud by Cochise Consultancy, Inc. (Cochise) from at least January 2006 to early 2007 on contracts for security services in Iraq.  The relator was apparently aware of the fraud as early as 2006; he revealed the allegations to the Government on November 30, 2010, during investigation of an unrelated contracting fraud.  The relator filed his complaint just under three years later, in November 2013, and the Government declined to intervene.  Cochise successfully moved the district court for dismissal based on time-barring under § 3731(b)(1), but the Eleventh Circuit—noting a circuit split on the question—reversed on the grounds that even a non-intervened case is “[a] civil action under section 3730” and thus relators can invoke tolling under § 3731(b)(2).

First, the Supreme Court addressed whether § 3731(b)(2) is reserved for actions by the Government or whether it is also available to a relator in a non-intervened action.  If it is not available to a relator, as Cochise argued, then § 3731(b)(1) governs, and relators must file within six years from the date of the violations.  Finding this outcome reflected an unsatisfactory form of statutory construction, the Court interpreted the tolling provisions to be available to all plaintiffs.

The heart of the Court’s decision lies in its refusal to give the language “[a] civil action under section 3730” in § 3731(b) a different meaning under § 3731(b)(1), the straight six-year statute of limitation provision, and under § 3731(b)(2), which provides a tolling exception to § 3731(b)(1).  Writing for the Court, Justice Clarence Thomas invoked the canon of construction that counsels against giving the same language different meanings in different parts of a statute.  “There is no textual basis,” the Court held, for making the meaning of “[a] civil action under section 3730” hinge on whether or not the Government intervenes.

The Court distinguished Graham County Soil and Water Conservation District v. United States ex rel. Wilson, 545 U.S. 409 (2005), where the Court gave a different meaning to “a civil action under section 3730” in FCA retaliation suits brought under § 3730(h), because retaliation actions do not depend on an underlying FCA violation.  The Court thus rejected Cochise’s reliance on this precedent, finding it would be illogical to consider retaliation suits “civil action[s] under section 3730,” and therefore giving that language a different reading under § 3730(h) in Graham comported with the overall structure of the statute.

The Court’s resolution of the first question, however, raised a second one:  Is the relator “the official of the United States” referred to in § 3731(b)(2)?  If so, then a relator has three years from the date when the relator knew or reasonably should have known of the fraud, and the qui tam action in Cochise would be time-barred.  A “no” answer, in contrast, would give a relator three years from when the Government knew or should have known of the fraud, up to 10 years from the date of the alleged FCA violation.

The end result of Cochise is the time frame in which relators can bring an FCA action is considerably expanded—§ 3731(b)(2)’s three-year clock starts ticking when the Government, not the relator, learns of the alleged fraud and can extend up to 10 years after the violation. 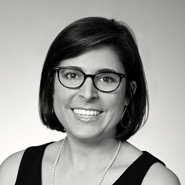