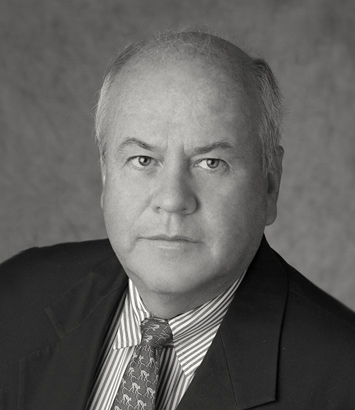 Jim's vast experience as a litigator gives him an edge with clients. Throughout his impressive more than 40-year career, he has been the lead attorney in cases involving FELA, railroad crossings, medical malpractice, automobile insurance defense, and labor relations in some of the toughest venues in Eastern Kentucky.

During law school, Jim served as vice president of the Moot Court program and worked as legislative aide in the United States Senate. Upon graduation, he served as law clerk to Justice James B. Stephenson, Supreme Court of Kentucky. He has served as special justice to the Supreme Court of Kentucky. In addition, he has an active practice in the United States District Court in the both Eastern and Western District of Kentucky and was asked to serve as a life member to the Sixth Circuit Judicial Conference. He has served as a member of the Joint Local Rules Committee for the Federal Courts in Kentucky as well as the Biden Committee studying costs and delays in the federal courts.