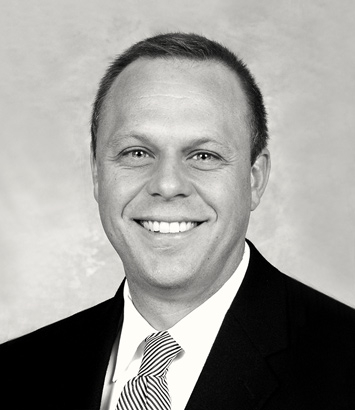 We represented an international motor vehicle distributor in a breach of warranty case that was tried in Gadsden, Alabama. After prevailing during the trial, we were able to reach a settlement agreement with the plaintiff to resolve the case for a nominal amount of money.

Breach of Warranty Allegations in Connection with Vehicle Condition

We served as counsel for a major motor vehicle manufacturer/distributor in a breach of warranty/consumer sales practices case that was tried to a jury in January of 2013 in Beaufort County, North Carolina. The case involved allegations of alleged fading or discoloration on multiple components on the exterior and interior of the vehicle. The jury unanimously returned a defense verdict in favor of our client.

We represented a major motorcycle manufacturer in a breach of warranty/lemon law case in Tulsa, Oklahoma. The case involved allegations of a purportedly defective chain on the motorcycle, which the Plaintiff contended interfered with the motorcycle’s ability to operate properly. We argued that the condition was not a defect in workmanship or materials covered by our client’s applicable warranties. Following a three-day trial, the jury returned a unanimous defense verdict in our client’s favor on all claims.

We represented an international motor vehicle distributor in a lemon law/breach of warranty case in the Stark County, Ohio Court of Common Pleas. We argued that the alleged non-conformity with the vehicle was based upon the design of the vehicle, and, accordingly, was not covered by the terms of our client’s applicable warranties. The trial court granted our Motion for Summary Judgment and dismissed the case. The court of appeals affirmed the decision.

We represented a major motorcycle manufacturer in a personal injury product liability case in Montgomery County, Ohio. After conducting some preliminary discovery, and after arranging for an inspection of the product by expert witnesses, we were able to persuade the Plaintiff’s counsel to voluntarily dismiss the litigation.

Allegations of a Defective Vehicle

We represented an international motor vehicle manufacturer in a case that was pending in Warren County, Ohio. The case involved allegations that the vehicle had a significant pulling or drifting condition. Following a trial, we obtained a defense verdict on behalf of our client.
Jeffrey P. Hinebaugh, H. Toby Schisler

Dinsmore represented a major motor vehicle manufacturer in cases filed in Ohio associated with allegations of sudden unintended acceleration. We removed the cases to federal court and were involved in successfully litigating the matters as part of the multi-district litigation procedure.
Jeffrey P. Hinebaugh, H. Toby Schisler, Andrew R. Kwiatkowski, Gregory A. Harrison

Dinsmore & Shohl represented a large automobile distributor in class action litigation initiated in Ohio and Kentucky, alleging the automobiles distributed by our client that were subject of a nationwide recall, unintentionally accelerated or were prone to such an alleged defect. The class action plaintiffs alleged a variety of claims, including fraud, breaches of express and implied warranties, negligence, and violations of consumer protection statutes. Plaintiffs also sought compensatory relief in the form of diminished value of the subject vehicles or injunctive relief. Dinsmore & Shohl either successfully removed all such actions to federal court, where they were consolidated in multi-district litigation, or obtained a dismissal of the entire suit.
Andrew R. Kwiatkowski, M. Gabrielle Hils, Jeffrey P. Hinebaugh, Gregory A. Harrison

We represented a major motor vehicle distributor in a breach of warranty case that went to a jury trial in Licking County, Ohio. The Plaintiffs alleged that defects with the vehicle were causing significant and premature wearing of the vehicle’s tires. We obtained a defense verdict on behalf of our client.
Jeffrey P. Hinebaugh, H. Toby Schisler, Andrew R. Kwiatkowski

We represented an international automobile manufacturer in a breach of warranty/consumer sales practices act case that was litigated in Franklin County, Ohio. The case involved a multitude of alleged defects and non-conformities with the vehicle’s warranty. We argued that the conditions did not substantially impair the use, value, or safety of the vehicle. Following the conclusion of a trial we obtained a defense verdict on behalf of our client.
Jeffrey P. Hinebaugh, H. Toby Schisler

The Plaintiff asserted product liability and breach of warranty claims against our client arising out of a car fire which occurred in a conversion van.  This case was tried to a jury.  At the conclusion of the Plaintiff's case-in-chief, the judge granted our motion for a directed verdict and dismissed all of the Plaintiff's claims.
Jeffrey P. Hinebaugh

We represented an international motor vehicle manufacturer in a car fire case in Lawrence County, Ohio. We contended that the fire could have been avoided through effective investigation by a repair facility that serviced the vehicle shortly before the fire. Accordingly, we asserted a cross-claim against the repair facility seeking contribution. Following the completion of a trial, the jury returned a verdict in our client’s favor on the cross-claim, awarding our client contribution damages. The repair facility appealed the decision to the court of appeals, and the court of appeals affirmed the jury’s verdict.
Jeffrey P. Hinebaugh, H. Toby Schisler

We represented a material supplier in a commercial construction dispute in which our client was seeking in excess of $400,000 for materials supplied to the project. After the general contractor failed to pay the amounts due (and subsequently went out of business), we made a claim on the payment bond associated with the project. The surety company refused to pay our client’s claim on the bond, contending that our client was not entitled to recover because the project owner had issued joint checks payable to the general contractor and the owner. We successfully overcame the surety company’s reliance upon the “joint check rule” by prevailing on a motion for summary judgment. The court of appeals and the Supreme Court of Ohio affirmed the summary judgment ruling in favor of our client. Accordingly, our client was able to recover the entire unpaid amount from the bonding company, plus interest and fees.
Jeffrey P. Hinebaugh, H. Toby Schisler

We represented a major international motor vehicle distributor in a fraud and “lemon laundering” case filed in Clark County, Ohio. The Plaintiff alleged that our client had improperly sold a repurchased vehicle in Ohio in violation of Ohio’s Consumer Sales Practices Act. Through effective motion practice, particularly successfully presenting a number of motions in limine, we were able to negotiate a very favorable settlement for our client on the first day of trial.
Jeffrey P. Hinebaugh, H. Toby Schisler

The Plaintiff had asserted a claim against American Suzuki Motor Corporation under Ohio's Lemon Law, breach of warranty, the Magnuson-Moss Warranty Act, and Ohio's Consumer Sales Practices Act.  Following the completion of a jury trial, the jury returned defense verdicts in favor of American Suzuki Motor Corporation on all but one of the claims asserted, and the remaining claim resulted in an award of nominal damages.
Jeffrey P. Hinebaugh

The Plaintiff asserted claims against Kia Motors of America, Inc. alleging breach of warranty and violation of the federal Magnuson-Moss Warranty Act.  Following completion of a jury trial, we obtained a defense verdict on behalf of our client on all of Plaintiff's claims.
Jeffrey P. Hinebaugh

We represented an international automobile distributor in a lemon law case that was tried in Chicago, Illinois. The case involved a variety of alleged non-conformities with the vehicle, which the Plaintiff contended had not been repaired within a reasonable number of repair attempts. We obtained a defense verdict on behalf of our client.
Jeffrey P. Hinebaugh, H. Toby Schisler

We represented an international motor vehicle distributor in a lemon law/breach of warranty case that was tried to a jury in Lake County, Ohio. The Plaintiff sought compensatory and treble damages close to $100,000, plus attorney fees. The jury returned a defense verdict on all but one of the claims for our client, and the remaining claim resulted in a verdict for the Plaintiff of only $600. We also successfully opposed the Plaintiff’s efforts to recover attorney fees, with the court awarding the Plaintiff’s counsel less than 10% of the fees sought.
Jeffrey P. Hinebaugh, H. Toby Schisler

The Tenth District Court of Appeals upheld the trial court's dismissal of Fifth Third and Chase and held that the three-year statute of limitations for conversion under Section 1303.16(G) is not tolled by the discovery rule. Both the appellate court and trial court cited to and relied upon the holding of the U.S. District Court from the Northern District of Ohio in Metz v. Unizan Bank, (N.D. Ohio 2006), 416 F. Supp. 2d 568, 579. Both courts also cited to the holding in Loyd v. Huntington Nat'l Bank (N.D. Ohio 2009), 2009 U.S. Dist. LEXIS 51858.

Plaintiff asserted a claim against Mazda Motors of America, Inc. alleging violation of Ohio's Lemon Law and breach of warranty.  Specifically, the Plaintiff alleged that the vehicle demonstrated a "pulling" or "drifting" concern that had not been corrected within a reasonable number of repair attempts.  By utilizing effective cross-examination of the Plaintiff and persuasive testimony from Mazda's expert witness, we were able to obtain a complete defense verdict on behalf of our client.
Jeffrey P. Hinebaugh

We represented a major automobile manufacturer in a personal injury product liability lawsuit. The Plaintiff alleged that her seatbelt failed to restrain her during an accident, and she contended that she suffered severe head injuries resulting in alleged cognitive impairment. By effective presentation of our expert witnesses, and through extensive discovery, we were able to negotiate favorable settlement terms to resolve the litigation.
Jeffrey P. Hinebaugh, John "Skip" M. Kunst, Jr., H. Toby Schisler

We presented a major automobile manufacturer in a product liability case in Hamilton County, Ohio arising out of a car fire. At the conclusion of the Plaintiff’s case-in-chief, the court granted our Motion for a Directed Verdict and dismissed all of the Plaintiff’s claims.
Jeffrey P. Hinebaugh, H. Toby Schisler

Our firm represented the Plaintiff in a suit involving a complex claim against a surety bond and general contractor arising out of a construction project.  Our client supplied large quantities of material to the general contractor on a public construction project in Highland County, Ohio. When the general contractor failed to pay our client for these materials, we filed a Complaint on behalf of our client against the material supplier and the surety company. The surety company asserted a variety of defenses to our client's claim for payment, including an argument that our client's claim was barred by the "joint check rule."  After extensive litigation through the trial court and the court of appeals, we ultimately obtained summary judgment on behalf of our client against the surety company, and were able to recoup the entire amount due to our client, plus interest. This case involved novel legal issues of first impression in Ohio. Through the effective use of motion practice and thorough research, we were able to obtain a substantial recovery on behalf of our client in a vigorously contested case.
Jeffrey P. Hinebaugh

This case involved claims for breach of warranty and consumer sales practices violations associated with an aquatic product.  The Plaintiff's most significant claims were dismissed, and the jury verdict resulted in an award of only nominal damages.
Jeffrey P. Hinebaugh