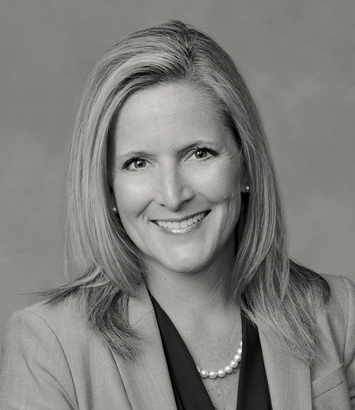 Defense of a Supplier Through a Health Care Fraud Investigation

Representation of an academic medical center in a False Claims Act qui tam lawsuit alleging improper billing practices. The client was operating under a CIA at the time of the representation. The matter was resolved favorably for our client after extensive discovery, with no extension of the length of the CIA and no press release issued by the federal government.

Representation of an academic medical center in a False Claims Act (FCA) lawsuit involving allegations that the hospital lacked documentation to support its cost reports for GME expenses. The government declined intervention and the FCA claims were ultimately dismissed with prejudice without any payment.

Representation of a large academic medical center physician practice in a False Claims Act lawsuit alleging improper referral arrangements among area hospitals and our physician practice client. The matter resolved for nuisance value with no CIA or other penalty imposed on our client.

Representation of a national physician practice in a False Claims Act lawsuit involving emergency department billing practices. The government declined intervention and the relator quickly abandoned prosecution of the case.

Representation of a Kentucky home health agency in a dual investigation by the Eastern District of Kentucky U.S. Attorney’s Office and Kentucky Medicaid into alleged improper mail order supply business, operating without a Certificate of Need and other claims. The investigation was closed without either agency taking any adverse action against the client.

Serve as national litigation counsel to a large, multi-state provider, overseeing litigation and serving as lead counsel nationwide. By taking consistent positions on discovery and other issues in every case, clients are better positioned to avoid litigation potholes and arrive at more favorable outcomes.

Representation of clients over 100 security breaches, including clients in the health care, financial and other industries, including state data breach laws.

We represented a medical practice in a case in Northern Kentucky in which one of the practice’s former physicians was contending that he was owed several hundreds of thousands of dollars of additional compensation associated with his departure from the practice. The case culminated in a bench trial. At the conclusion of the bench trial proceedings, the judge agreed with our arguments associated with the interpretation of the pertinent contracts, and dismissed all of the Plaintiff’s claims.
H. Toby Schisler, Jennifer Orr Mitchell

Representation of numerous health care clients in OCR investigations relating to alleged HIPAA violations. The vast majority of these investigations have resulted in OCR deciding either: 1) no breach or violation occurred or 2) to close its investigation after the client’s response and documentation were provided.

Handled all aspects of health plan denial of benefits issues in numerous lawsuits and administrative claims, in particular analyzing whether plans were ERISA or non-ERISA plans, whether claims were governed by federal or state law, whether administrative process was followed, and defended against claims brought by participants for denial of benefits, breach of fiduciary duty, and other ERISA-related and/or state law claims.

Successful handling of multiple ERISA denial of benefits and breach of fiduciary duty lawsuits involving all aspects of ERISA litigation, plan drafting, standard of review, coverage and jurisdictional analyses for large employer-sponsored plans in defense of claims for denial of retirement, health, disability and other employee benefits under the plans. Representative cases: