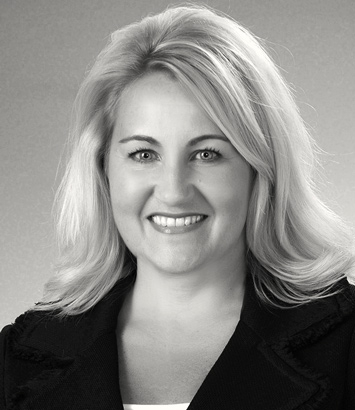 We successfully represented a health system in connection with its certificate of need (CON) application to establish Primary Therapeutic Cardiac Catheterization (Primary PCI) services at its Beckley, West Virginia hospital. Primary PCI is a life-saving cardiac catheterization procedure offered to heart attack patients that this client was not able to offer at its southern West Virginia hospital without approval by the West Virginia Health Care Authority. We were successful in helping the client secure the CON following the administrative hearing and post-hearing brief.

A former hospital administrator’s claim of retaliation in violation of the West Virginia Patient Safety Act was dismissed because we proved that the former employee was not subject to the Act’s protection because she was an administrator.

We successfully demonstrated to the judge that a hospital administrator’s allegations of harassment by a male nurse and failure by the hospital to properly respond to her report of harassment could not be tied to a gender motivated bias. This summary judgment award was subsequently upheld on appeal.

We represented a large commercial insurer in a liquor liability case where the plaintiff sought the policy limits of $5 million in damages. Our client insured an establishment that served alcohol to a patron, who struck a pedestrian with her car after leaving the establishment. The pedestrian sued the driver, the insured establishment, the nightclub, and our client, seeking in part a declaratory judgment that our client was obligated under an umbrella policy to pay for the insured establishment’s liability. We represented the insurer through the entire case, from pleadings through successful appeal. We won summary judgment at the trial court, and the West Virginia Supreme Court of Appeals affirmed on appeal that the loss was subject to an exclusion under the policy and, thus, was not covered under the insurance policy. The ruling resulted in zero liability for our client.

Represented insurer in the Circuit Court in Mingo County, West Virginia in a case related to an insurer’s accidental death and disability insurance plan. Plaintiffs claimed that the policy regarding accidental deaths was not explained properly; however, the court stated that the language in the policy was clear and unambiguous. The court granted summary judgment for our client and dismissed the case with prejudice.
Jill Cranston Rice (formerly Bentz)

Filed an amicus curiae brief in the Supreme Court of Appeals of West Virginia on behalf of an insurance trade association in support of prevailing party. Client argued that a circuit court had previously erred in granting partial summary judgment in a case related to deliberate intent coverage and a claim that policy language was ambiguous. The Court overruled the circuit court’s decision, resulting in a significant victory for the insurance industry.
Jill Cranston Rice (formerly Bentz)

We represented a national bank against an allegation of breach of contract. The plaintiff alleged that he had filed multiple loan applications and had not received a loan, allegedly contrary to the bank’s representations. We conducted extensive discovery, and proved that our client had made no commitment to give a loan to the plaintiff, meaning there was no contract to breach. The judge granted summary judgment to our client.
Jill Cranston Rice (formerly Bentz)

We represented Highland Hospital in a Certificate of Need appeal. Our client sought a Certificate of Need to place 150 mental health beds, with a total capital expenditure exceeding $40 million, in a vacant facility formerly owned by United Hospital Center. The Certificate was granted, but then appealed by a competitor, who raised issues of financial feasibility, necessity of the project, and compliance with the state health plan, and alleged that it was denied due process. The matter was appealed to the Office of Judges, an administrative appeal body, and our client’s Certificate was upheld.
Jill Cranston Rice (formerly Bentz)

Mr. O'Neil and Ms. Bentz represented a hospital before the West Virginia Health Care Cost Review Authority, the Office of Judges, the Circuit Court of Marion County, and the West Virginia Supreme Court of Appeals in the successful prosecution of the hospital's application for a certificate of need to develop a $285,000,000 replacement hospital.
Jill Cranston Rice (formerly Bentz)

We represented a regional hospital in physician peer review proceedings. The hospital received complaints regarding a physician, and it had to proceed according to its Medical Staff Bylaws, including holding a hearing before a peer review hearing committee. We counseled the hospital throughout the process, ensuring compliance with the Health Care Quality Improvement Act, state licensure and reporting regulations, and the Medical Staff Bylaws. Any violations during the peer review process could have resulted in the hospital and participating reviewing physicians losing civil immunities and facing potential liability. The hospital completed the hearing and peer review process with no compliance issues.
Jill Cranston Rice (formerly Bentz)

Ongoing service as President of West Virginia Insurance Federation since 2004. Conduct a number of administrative duties, including day-to-day operations, reviewing and monitoring applicable legislation, lobbying on behalf of or in opposition to legislation, drafting and introducing legislation, drafting amendments and providing testimony regarding legislation. Duties also include distributing regular reports on legislation, meeting regularly with company representatives and lobbyists, monitoring interim committees, scheduling committee and board meetings, working with the Insurance Commissioner’s Office and other regulatory agencies, and assisting in distribution of materials, such as media releases and editorials.
Jill Cranston Rice (formerly Bentz)

Mr. O'Neil and Ms. Bentz represented the state's largest hospital in state litigation brought by cardiovascular surgeons on the hospital's Medical Staff demanding $2,000 per day to provide on-call coverage to the hospital's trauma center and in related federal litigation brought by the hospital against the cardiovascular surgeons for alleged price fixing and an alleged concerted refusal to deal.
Jill Cranston Rice (formerly Bentz)

We represented a hospital in a federal antitrust investigation by the United States Department of Justice regarding an agreement between two hospitals relating to the provision of open heart surgery and cancer services.
Jill Cranston Rice (formerly Bentz)