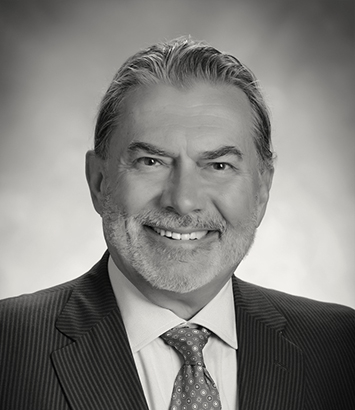 Nothing is more exciting to John than working closely with a client who’s growing or starting a business. He relishes counseling business owners and watching as the ideas in which they’ve invested themselves flourish into profitable entities with growing workforces that provide for their communities.

A past member of Dinsmore’s Board of Directors, John focuses his practice on public utility and banking regulatory, with a special emphasis on telecommunications. He frequently represents clients in regulatory and commercial disputes before state and federal courts, state public utility commissions, and other administrative agencies. He also provides counsel with respect to regulatory and general corporate matters arising in the conduct of commercial operations in the telecommunications, energy, and banking industries.

John is presently chairman of the firm’s Opinion and Audit Letter Review Committee, vice-chairman of the Diversity Committee, facilitator of the Firm’s LGBTQ Affinity Group known as In Law & Equity, and was formerly the managing partner of the Louisville office.