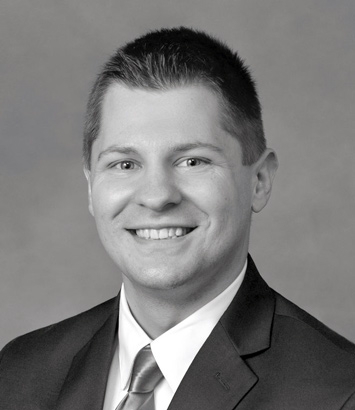 In addition to his insurance law practice, John frequently represents businesses and financial institutions in labor and employment litigation, commercial litigation, collection actions, and bankruptcy matters in state and federal court in Pennsylvania and throughout the United States.

John graduated with highest honors from Barry University School of Law in 2012. He graduated second in his class while working on the Executive Board of the Barry Law Review, serving on the Barry Public Leadership Initiative, and earning 15 Book Awards for his academic achievements.

John lives in the North Hills of Pittsburgh with his wife and two sons. Outside of the office, John is active in local civic organizations, coaches his local high school’s mock trial team, and manages his son’s little league team.