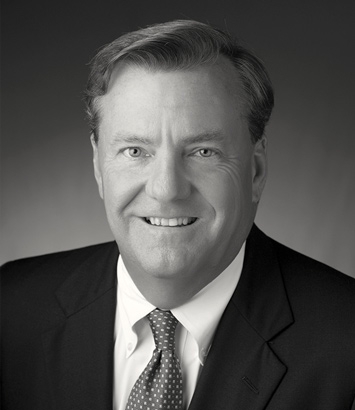 We defended a federal motor carrier whose driver was accused of striking vehicle on interstate and leaving it disabled in the roadway. The driver was accused of hit-and-run, negligently operating the truck, and failing to render aide at the scene. The motor carrier was also accused of negligent hiring, retention, training, and supervision. We negotiated a favorable settlement for our client following two weeks of trial, just before closing arguments.

Defense of a hospital against sexual harassment/hostile work environment and retaliation claims brought pursuant to the Kentucky Civil Rights Act. The plaintiff alleged a physician at the medical center sexually harassed her by making inappropriate comments about her appearance and unwanted physical contact, thereby creating a hostile work environment. She further alleged the hospital was aware of the physician’s conduct and failed to act. We defended the sexual harassment claim on the grounds that the physician’s alleged behavior was not sufficiently severe or pervasive to create a hostile work environment and, in any event, the hospital acted appropriately once the physician’s behavior was reported. We defended the retaliation claim on the ground that no there was no adverse employment action taken against the plaintiff. The plaintiff originally sought $5 million in damages, but asked the jury for $2.5 million in closing argument after the court granted a directed verdict on the retaliation claim. The jury returned a verdict for just $75,000.

We supported a closely-held business with a STEM-oriented bundled software and kit product offering in the sale of all its equity to a private-equity backed buyer. Having worked both with and across from private equity portfolio companies across the country, we were able to bring significant knowledge to bear in terms of process, pain points and “what’s market.”  This helped keep the client grounded and protected from overreach. Closing represented a successful and well-deserved exit for our client’s principals.

Counsel for Regional Jet Manufacturer in product liability litigation arising from the August 27, 2006 crash of Delta Flight 5191. All claims against the manufacturer were voluntarily dismissed.
Linsey W. West

Defended a Sporting Goods Store in a Slip-and-Fall Case

We are representing Dick’s Sporting Goods, in a premises liability case. The plaintiff was visiting the store on a rainy day, and when attempting to step over a puddle, she slipped and fell, injuring herself. We defended that the hazard was an “open and obvious” condition and were granted summary judgment. The plaintiff appealed the decision, and the Kentucky Court of Appeals reversed. . We obtained discretionary review before the Kentucky Supreme Court and are awaiting a ruling following the submission of briefs and oral argument.
Linsey W. West

The plaintiff had purchased a track loader from our client, a Japanese equipment manufacturer. The plaintiff then attached a rotary mower, which had been purchased from another supplier, onto the track loader and attempted to mow a neighbor’s farm where a man-made pond existed. The plaintiff rode the newly-modified vehicle onto the dam, or berm, of the pond, the ground gave way under the vehicle’s weight, and the vehicle and its occupant overturned into the pond. The operator was killed, and a product liability suit was filed by his family. Working with mechanical engineers, we determined that the operator had been using the track loader in a manner inconsistent with the operating manual and subsequently developed incontrovertible evidence the product was free of any defects. We eventually negotiated a settlement favorable to our client.
Linsey W. West

We represented Nintendo in a product liability case that arose from a house fire. The plaintiff was charging a handheld Nintendo game system and left the house, which subsequently caught on fire. The plaintiff’s fire examiner alleged the cause of the fire was the Nintendo device, and the plaintiff filed suit for product liability. During depositions we disproved the theory that the fire was caused by the device, instead showing the fire originated three feet away. Following this, the plaintiff voluntarily dismissed the case with prejudice.
Linsey W. West