Business interruption insurance claims related to the COVID-19 pandemic have raised numerous questions for practitioners, businesses, and insurers.  A federal court in Pittsburgh recently added another: In which courts should these cases be heard?

In a case that had been removed from the Allegheny County Court of Common Pleas to the District Court for the Western District of Pennsylvania, District Judge Nora Barry Fischer remanded a business interruption coverage lawsuit to state court sua sponte, finding that these cases of first impression involve state law claims that should be decided by state courts.

Though Judge Barry Fischer noted infirmities in the Petition to Remove required the case to be remanded, she expressly held that she would decline to exercise jurisdiction under the Declaratory Judgment Act even if the court had diversity jurisdiction over the matter.

“[Business interruption claims] raise novel insurance coverage issues under Pennsylvania law which are best reserved for the state court to resolve in the first instance,” Judge Barry Fischer held.  The court reasoned that a ruling in federal court would not resolve the uncertainty of the COVID-19 business interruption coverage issue and it was inappropriate for the court to decide “this matter of great public concern, with little persuasive authority from state courts on these issues.”

While the court’s holding addressed the propriety of exercising its discretionary jurisdiction under the Declaratory Judgment Act, it is possible other federal courts will consider the reasoning expressed by Judge Barry Fischer when assessing breach of contract or broker negligence cases raised related to COVID-19 insurance claims.  Specifically, litigants seeking to have these cases heard in state court may advance Judge Barry Fischer’s reasoning in support of Motions to Dismiss or Petitions to Remand on abstention grounds.  Presently, this case appears to be the first and only pandemic-related business interruption insurance coverage case to be remanded to state court on the basis the matter should be decided by the state courts.  However, it is likely these issues will be raised before and considered by district courts throughout the country.

While it is unclear what impact, if any, this ruling will have on federal courts across the Third Circuit and in other jurisdictions, it is highly likely policyholders, who had similar claims removed to federal court, will point to Judge Barry Fischer’s ruling as support for their own Petitions to Remand.  It is also anticipated insurers seeking to remove subsequent business interruption coverage cases will proactively address the basis for a district court to exercise jurisdiction under the Declaratory Judgment Act in their removal filing.

If you have questions about cases involving business interruption insurance, contact your Dinsmore attorney. 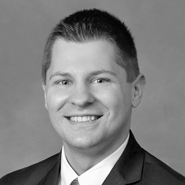 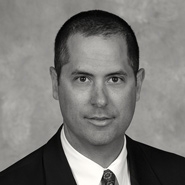