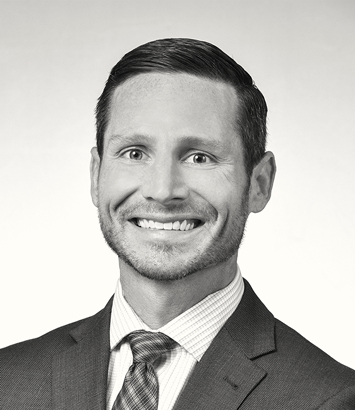 A single claim can destroy a small business, even if the employer has workers' compensation coverage. However, when coverage has lapsed, the results of a claim can be devastating.

Our client, a youth gymnastics educational facility, had its coverage lapse due to the fact the business owner (who made all the required premium payments) was hospitalized for several weeks. During the course of this hospital stay, a serious lower leg injury was incurred by an employee.

Given the size of the employer, the claim was going to reach maximum value. However, due to the fact there was no coverage at the time of the injury, the employer was facing being charged for the claim dollar for dollar.

In working with our client, we were successfully able to appeal the finding of lapsed coverage before the adjudicating committee and obtaining retroactive coverage during the time of the injury. Although still a costly claim, the award of retroactive coverage allowed the employer to stay in business.

An employee of a grocery retailer had a severe ankle injury and alleged she had developed reflex sympathetic dystrophy/complex regional pain syndrome, a debilitating condition. If the claim was amended to include this condition, it would almost guarantee an award of permanent total disability benefits along with extensive expensive medical treatment.

Our client was looking at a conservative estimate of $250,000.00 in future exposure. Indeed, the injured worker indicated that her left lower extremity was essentially useless and an amputation was discussed. However, the injured worker was less than sincere about the actual state of her condition.

In formulating a litigation strategy, we elected to employ aggressive surveillance and were able to demonstrate that the injured worker was able to ambulate without difficulty and even attended church in heels. The injured worker's own physician indicated her physical abilities belied the presence of reflex sympathetic dystrophy/complex regional pain syndrome.

We successfully obtained a judgment in our favor, which significantly decreased the value of the claim. Although the injured worker's counsel fiercely litigated the matter, the decision to utilize surveillance early in the litigation process was the key factor in a successful verdict.

A workers' compensation claim can represent an albatross for an employer, as claims can carry a significant financial strain decades after the actual injury. The annual costs of a claim can become staggering as the years roll by. These claims can become even more of an albatross when Medicare coverage issues occur.

The Center for Medicare Services often requires an approved Medicare Set Aside, which are usually extremely high dollar values. However, a high-dollar claim with a large set-aside requirement does not mean that the claim cannot be beneficially resolved for both parties, as long as creative approaches are utilized.

A decade-old claim was costing our client, a grocery retailer, significant dollars in medical costs, and the Center for Medicare Services demanded a high-dollar set-aside. A strategy was formulated to have the costly medications eliminated through the administrative process, which significantly lowered the required set-aside. Once the set-aside was reduced, we were able to negotiate a settlement that although still a high-dollar value, saved the employer tens of thousands of dollars a year.

A summary judgment victory is rare in a workers' compensation case, as there is almost always a genuine issue of material fact - i.e. a disagreement between the expert medical witnesses. Thus, almost every workers' compensation case, the case will proceed through an extensive litigation, which unfortunately means litigation expenses for the employer. However, the norm does not mean counsel cannot attempt to think outside of the box.

Our client, a grocery retailer, was faced with an employee who was asking for a psychological amendment for Depressive Disorder to a previous claim. The employee had had four previous back surgeries. If granted, there would likely be a finding of permanent total disability.

In working with a psychological expert, we were able to demonstrate to the judge the psychological condition alleged to be a part of the claim was actually the same as a condition previously denied. As such, there was not a genuine issue of material fact to be litigated. Thus, the employer was able to save the expense and stress of going to trial and obtained a favorable outcome early in the litigation.