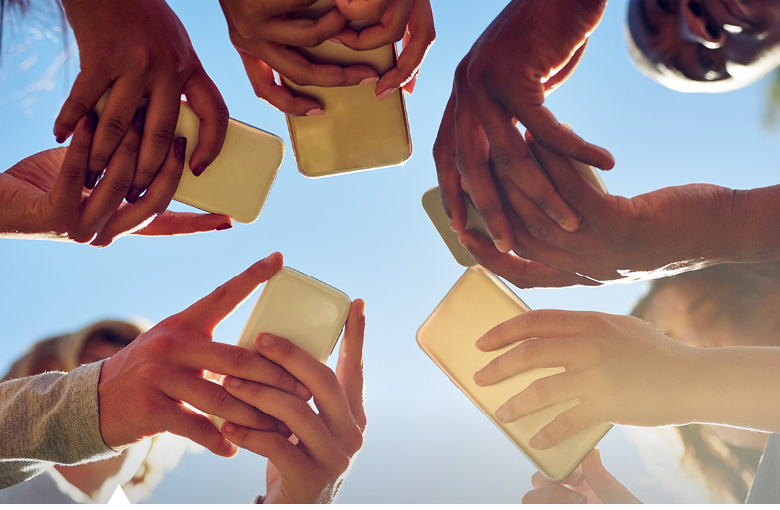 Running a telecommunications company responsible for everything from tablets to cell towers means Bluegrass Cellular President and CEO Ron Smith often needs correct answers to complicated questions. And for 20 years, Dinsmore has been answering Smith’s questions on topics ranging from labor and employment to government regulations to OSHA.

“Certainly over the years we’ve had top-notch services from Dinsmore and have really enjoyed the relationship,” Smith said. “I don’t know how we could do our business without them.”

Smith said Dinsmore helps navigate these and other issues by explaining all sides of the matter and then detailing the logic of their counsel. Dinsmore’s attorneys never provide Smith an answer without an adequate explanation.

“It’s more about our education and our being able to make a good business decision,” Smith said.

Smith also appreciates that Dinsmore has multiple attorneys working to ensure the success of his business.

“You develop a really good comfort that you’re not dealing with just one individual, but you’re dealing with a firm that’s pretty deep,” Smith said.

Dinsmore represented an out of state company that was unable to justify conducting business in the Commonwealth due to overly broad restrictions placed upon that type of business under Kentucky's consumer protection laws. We were successful in explaining to the implementing agency that amendments to the law were necessary and would not harm consumer protection efforts. We were further able to pass amendments to existing laws that opened the door for the company to conduct its business in Kentucky.
Lloyd "Rusty" R. Cress, Jr., Carl W. Breeding

Dinsmore represented a client that was concerned that a fee imposed upon its activities by the Commonwealth of Kentucky served to reduce the Kentucky facility's competitiveness with others in the market, as well as its competitiveness for expansion possibilities within the company. We were able to draft and pass legislation that substantially reduced the statutorily-imposed fee and allowed the facility to enhance its competitiveness, while not significantly depriving the state agency of funding.
Lloyd "Rusty" R. Cress, Jr., Carl W. Breeding

Lobbying For Legislation Regarding Brownfield Redevelopment and Property Revitalization

In an effort to redevelop and revitalize properties under the Brownfield Redevelopment Program across the state of Kentucky, we were enlisted by our clients to expedite the passage of multiple bills to address issues that have delayed cleanup initiatives. We worked on behalf of our clients to draft incentives within the legislation to address, and in some cases remove, liability for those who clean up brownfield sites and prepare them for redevelopment. Our role included working with state legislators, securing bill sponsors, conducting extensive research, testifying before committee hearings and interfacing with various government offices, boards and commissions. The passage of these bills has served to help the state’s economy through redevelopment of unnecessarily underused properties.
Carl W. Breeding, Lloyd "Rusty" R. Cress, Jr.

When a municipal client sought legislation to help them address foreclosed and blighted properties, they turned to our professionals. With our assistance, multiple bills have passed that expedite the foreclosure process and provide more authority for cities to address or maintain properties that have gone into foreclosure. Our role included coordinating the efforts and missions of the client, as well as promoting the passage of the bills through testifying at committee hearings, lobbying legislators and providing research and analysis regarding the impact of the bills.
Carl W. Breeding, Lloyd "Rusty" R. Cress, Jr.

When the Kentucky Public Service Commission looked to promote legislation that addressed the siting of merchant power plants in the state, we were called upon to conduct research, prepare testimony and work with sponsors on a bill that enabled the Commission to oversee the siting strategy and process. Property boundaries, access control, noise levels, utilities, traffic impact and compatibility with surroundings were key factors. Our efforts ensured that the plants are properly regulated, but not in an over-burdensome manner.
Carl W. Breeding, Lloyd "Rusty" R. Cress, Jr.

Having represented regulated utilities before approximately 20 state utility regulatory commissions, Mr. Depp has experience across the spectrum of the telecommunications, electricity, water, natural gas, and sewage industries. In addition to his utility work, Mr. Depp also has experience advising clients with respect to matters involving alternative fuels such as biodiesel and ethanol. Representative examples of Mr. Depp’s utility and alternative fuels experience include the following.

When a national home product sales organization wanted to conduct business in Kentucky, it was realized that Kentucky’s laws were overly-restrictive on that type of business. We were called upon to rectify the situation. After conducting extensive research and building solid support for a change in the law, we were able to shepherd legislation through the legislative process to allow the company to conduct operations in Kentucky within six months of passage.
Carl W. Breeding, Lloyd "Rusty" R. Cress, Jr.

When the Kentucky Infrastructure Authority sought to implement a regional planning strategy to improve the delivery of water to rural areas in Kentucky, we were enlisted by interested clients to guide them through the legislation process. We organized efforts to manage the regional aspect of the planning, working with local legislators to secure their cooperation. We also conducted research into regional planning strategies, offered testimony at committee hearings and worked with both the Authority and state legislators to coordinate efforts. The legislation was eventually passed, and significant efforts have been made on improving and upgrading the state’s water infrastructure to improve the delivery of water to designated areas.
Lloyd "Rusty" R. Cress, Jr., Carl W. Breeding

When a well-respected coalition of businesses wanted to address the practice of selling fraudulently-marketed items, they asked us to lobby for legislation that increased penalties for vendors who market and sell items that are fraudulently presented as popular name-brand items. We worked to secure a sponsor for the bill, presented research and testimony on behalf of the Coalition, and negotiated policy within the legislation. The legislation was passed, providing a victory for our client in their efforts to protect consumers and their products.
Carl W. Breeding, Lloyd "Rusty" R. Cress, Jr.

We represented property and casualty insurance groups in their lobbying efforts toward the passage of a bill that provides consumer protection as it relates to contractor fraud and abuse. The bill addresses contractors who solicit business through questionable tactics following severe weather events, putting in place a number of provisions that contractors must meet before soliciting business and performing a project. We conducted extensive research regarding the matter, and lobbied throughout the bill’s journey to passage to ensure that both our clients’ and the consumers’ interests were protected.
Carl W. Breeding, Lloyd "Rusty" R. Cress, Jr.

Dinsmore worked closely with representatives from the Boiler and Pressure Vessel Board, as well as the Department for Housing, Buildings and Construction and labor interests to lobby for updated legislation related to building and engineering standards for the replacement of boilers, pressure vessels and associated piping in Kentucky. We conducted exhaustive research into updated standards, and incorporated modern standards developed by the American Society for Mechanical Engineers into the legislation to update the Code, which had not seen major revisions since being enacted in the 1960s. The new legislation enables Kentucky businesses to operate in accordance with modern standards, and also provides the Department the authority to regulate and audit the equipment.
Lloyd "Rusty" R. Cress, Jr., Carl W. Breeding