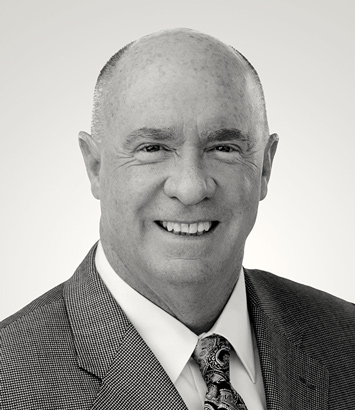 Represented O’Neill Management and its affiliates in the FHA/HUD LEAN Program financing in the amount of $11,600,000 for a skilled nursing facility located in North Olmstead, Ohio.

Represented Meadow Wind Associates, L.P. in the FHA/HUD LEAN Program financing in the amount of $1,575,000 for a skilled nursing facility located in Massillon, Ohio.

Represented a nursing care provider in the FHA/HUD LEAN Program financing in the amount of $7,464,000 for a skilled nursing facility located in Cincinnati, Ohio.

Represented Kendal of Granville in the purchase of $22,010,000 of revenue Refunding and Improvements Bonds, $17,000,000 of construction/mini-perm loan, a $6,500,000 draw loan, a $2,500,000 revolving line of credit and interest rate derivative SWAPs for a skilled nursing and independent care facility located in Granville, Ohio.

We assisted our client with the sale of nine nursing home/assisted living facilities. Our client wished to leave the nursing home industry, and we negotiated and prepared the sale/purchase transaction documents.

Successfully Argued Against a CON for a Client’s Competitor

Our client, a nursing facility, was concerned that a project proposed by a competing facility would adversely affect their business. The competitor’s facility would have been less than a mile from our client, and the surrounding area already includes multiple nursing facilities. We successfully appealed the decision to grant a Certificate of Need (CON) to the competitor during an Ohio Department of Health administrative hearing.

We successfully won an administrative hearing before the Ohio Department of Health granting our client, a nursing home, the right to discharge or transfer a resident. The facility proposed the discharge because it believed the resident was a threat to other residents and to staff.

We represented an owner in the $14 million sale of two nonprofit nursing homes in Ohio. Our role included negotiating terms of the sale, negotiating a purchase agreement, coordinating due diligence, filing appropriate documentation with state regulators, handling special considerations for the sale of a nonprofit property, and closing the transaction.

We represented an owner of nursing homes in the sale of two Ohio facilities. Our role included negotiating terms of the $16.7 million sale, negotiating a purchase agreement, coordinating due diligence, filing appropriate documentation with state regulators, resolving real property issues at the sites, and closing the transaction.

Counseled Our Client During a Real Estate, Entity Sale

Our client was selling the real estate and operating entities from two nursing homes. We advised our client on the deal’s financing, including ancillary loans and real estate transfers, as well as the final sales price.

We represented the owner of a Columbus-based home health agency who, along with others, was the subject of a federal criminal indictment alleging 43 counts of federal tax violations. The case was scheduled for a two week trial, but was dismissed with prejudice by the Government two weeks prior to trial. The investigation and prosecution were conducted by the United States Attorney’s Office and the Internal Revenue Service.
Thomas W. Hess, D. Michael Crites, Jennie K. Ferguson

Advised a Large Nursing Home Through a Medicare Audit Appeal

Dinsmore advised a large Ohio nursing home through a three stages of a Medicare audit appeal in connection with physical therapy services. Our attorneys represented the client before an administrative law judge and reduced a million dollar Medicare overpayment to less than $15,000.
Thomas W. Hess, Stacey A. Borowicz

Certificate of Need Objections on Behalf of a Nursing Home

We advised a nursing home facility and its related entities through their objection to two related Certificate of Need applications filed by another nursing home facility. After the Certificate of Need applications had been filed, we filed objections with the Ohio Department of Health to challenge the merit of the applications, and a hearing was granted. During the course of the administrative hearings, the parties reached a confidential settlement. The hearings were subsequently dismissed.
Thomas W. Hess

Three Ohio AIDS patients filed a lawsuit against the director of the Ohio Department of Health (ODH) to prevent enforcement of proposed rules that would arbitrarily deny funding for potentially life-saving medications to Ohio residents infected with HIV or suffering from AIDS-related symptoms. Defendants claimed that ODH failed to follow statutory rule-making process and the proposed rules were unenforceable. Court agreed that public interest would be served by protecting the right of a public hearing, and issued preliminary injunction preventing ODH from implementing new rules pending resolution of the lawsuit.
Thomas W. Hess

FHA/HUD Financing under the LEAN Program

Represented Lutheran Social Services of Central Ohio, Inc. and its affiliates in the FHA/HUD financing in the amount of $1,800,000 for a senior housing apartment complex located in Mansfield, Ohio.
Thomas W. Hess, Jodi Diewald Dyer

Dinsmore is currently representing a durable medical equipment company through a voluntary self-disclosure to the Office of the Inspector general and settlement negotiations. The client is benefiting from the firm’s extensive regulatory experience and knowledge of the healthcare industry.
Thomas W. Hess, Stacey A. Borowicz

Represented a regional healthcare provider in the acquisition and bond financing of nine (9) intermediate care facilities located in Cuyahoga County in the amount of $4,800,000.
Thomas W. Hess, Jodi Diewald Dyer

Represented a home health care company against allegations of fraud and Ohio Medicaid audit, resulting in no fraud or liability

We represented a home health care company when the Ohio Department of Medicaid sought to implement an Ohio Auditor of State’s audit to recover over $700,000 that Medicaid claimed our client was over-reimbursed. During the case, we discovered that the auditor had considered incomplete and inaccurate data to support the claim and extrapolation of overpayment. We worked with the client to carefully and meticulously examine and organize all of the appropriate documents and files to show that the auditor’s records were incomplete and that our client, in fact, had not been overpaid at all. After we exchanged discovery with Medicaid and prepared the case for hearing, Medicaid voluntarily dismissed the case, resulting in zero liability for our client. During the case, our client and three related entities had also been suspended from Ohio Medicaid for a credible allegation of fraud, but our representation resulted in the suspensions being lifted.
Thomas W. Hess