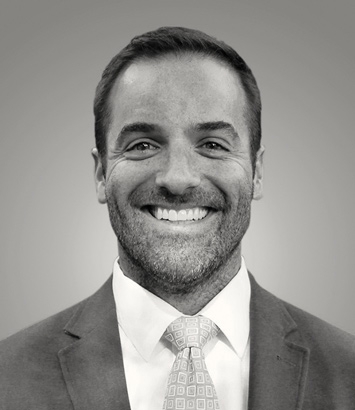 Represented a Nonprofit in its Acquisition of Multiple Properties

We represented American Eagle LifeCare Corporation, a nonprofit corporation that previously owned and operated several senior living facilities, in connection with the acquisition of 17 facilities in eight states. The acquisition was financed from the proceeds of several series of tax-exempt and taxable bonds issued by the Capital Trust Agency, a Florida issuer with the authority to issue bonds to finance projects in multiple jurisdictions. The acquisition presented numerous complicated issues that needed to be addressed, including regulatory, real estate, and business negotiation matters, along with the complexity of completing the acquisition across eight jurisdictions. The financing itself was highly-structured and sophisticated, comprising of 18 borrowing entities organized as an obligated group under a master trust indenture. The acquisition was the largest transaction completed by this client and positions American Eagle LifeCare Corporation to be a significant provider of senior living services in the future.

Represented a Healthcare Manager in connection with a $5,000,000 line of credit from KeyBank.
Boyd K. Moehring, Brian C. Close

Represented the buyer in connection with its purchase of a Sonic franchisee located in northern Florida. Purchase included the business, as well as 12 associated pieces of real estate. We negotiated terms of the purchase agreement, as well as terms of the real estate agreements.
Boyd K. Moehring, Brian C. Close

Advised client in connection with the division of a graphics design company between its two current owners. Our client retained ownership and control of the company and brand as a result of this transaction.
Boyd K. Moehring, Brian C. Close

When a provider of software for energy businesses, utility companies and municipalities began preliminary discussions with a Columbus Ohio private holding company and management company regarding a sale, they turned to Dinsmore for counsel. We advised the client on a complex, three-part transaction. The complexity was due to the existing operating company being a C-corporation for income tax purposes and the desire of the parties to have the business operating as a partnership for tax purposes on a going forward basis. The current operating company was a C-corporation and all of its shares were owned by its parent company. The first step was for the client to make a cash dividend to its parent and all of its members. The parent company then distributed all of the shares of the client to its members. Next, we negotiated and ultimately closed on the terms of an agreement for the sale of the stock of the client. to the buyer. The final step was to contribute the operating assets of the business to a newly-formed business. The client then elected to be treated as an S-corporation on a going forward basis. As part of the stock sale agreement, the buyer issued promissory notes to two existing minority owners. These owners were then able to contribute the notes to the client in exchange for an ownership interest. As a result, the minority owners no longer had ownership interest in a C-corporation. Their ownership interest was now in a pass-through entity eliminating the potential for double-taxation on any increase in the value of their ownership interests as a result of future growth of the company. We worked diligently to complete the transaction in 2012 so that the shareholders receiving cash would be taxed at the lower 2012 capital gains rate.
Boyd K. Moehring, Philip A. Zukowsky, Brian C. Close

We assisted a former president of a volleyball equipment company in identifying a new business for him to purchase. He wanted to find a business in which he could leverage his experience in growing a volleyball equipment company. We helped him find a company that sells swimming pool racing lanes and other competitive swim products. He decided he wanted to buy the company and we assisted in the negotiation of the terms of the acquisition as well as drafting and negotiating the acquisition agreement and other transaction documents.
Boyd K. Moehring, Brian C. Close