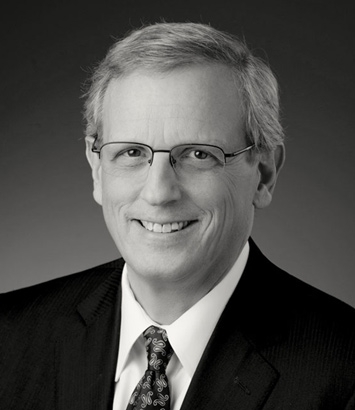 We represented Berwind Corporation (Berwind) in a lawsuit instituted by Pennsylvania Electric Company (Penelec) filed in the Court of Common Pleas of Somerset County, Pennsylvania. This declaratory judgment action concerned the interpretation of a right of way agreement (the Agreement) executed in 1977, under which Berwind allowed Penelec to install and maintain a power line and related facilities in a defined right of way over Berwind’s coal-rich land. Starting in 2008, Berwind advised Penelec that Berwind's lessee intended to conduct surface coal mining activities in the right of way, and Penelec's power line could be damaged if it were not relocated. The parties asked the court to interpret the Agreement to determine who had to pay the cost to relocate Penelec's power line. The parties filed cross-motions for summary judgment and the court issued a decision in Berwind’s favor. After oral argument on appeal, the Superior Court of Pennsylvania upheld the decision, ending the case in Berwind’s favor.
Chauncey S.R. Curtz, Adrianne C. Strong

Acquisition of surface mine, deep mine, coal reserves, coal leases and mining permits

We served as deal counsel for a coal producing company in its acquisition of a deep mine and substantial coal reserves, together with a surface mine, coal and surface leases, and mining permits, for a total value of approximately $25 million. The transaction included a unique financing structure involving the acquisition of certain reserves and a leasing arrangement with third party landholding companies, as well as important labor considerations resulting from certain obligations of the Seller to the UMWA. We helped negotiate and drafted all of the documents necessary to facilitate the deal, and handled all aspects of the due diligence review including labor issues. We counseled the client through the successful closing and execution of the purchase, which will allow the client to expand its mining operations in the Appalachian coal fields.

Our firm represented Big Sandy, the owner of land in Eastern Kentucky, for breach of contract and other tort claims seeking proper payment of delinquent coal royalties and seeking to terminate a long term lease for failure to pay these royalties. In a split decision, an arbitration panel ruled that, while the lease could not be terminated, Sidney Coal Company had breached the lease and ordered Sidney to pay overdue royalties to Big Sandy.

We were advising and assisting the client in very contentious negotiations over a price adjustment provision in a long term, high volume coal supply contract.  As it began to become apparent the negotiations were unlikely to reach a mutually acceptable conclusion, we helped formulate a strategy that resulted in a complete re-negotiation of the contract, resulting in new pricing and other significant concessions by the utility.  We filed suit on behalf of our client in the 6th Judicial District, Campbell County, Wyoming in anticipation of the filing of a claim by the Defendant utility in its own jurisdiction in Texas.  The existence of the case in Wyoming assisted in reaching a commercial resolution to the dispute on terms favorable to the client.
Chauncey S.R. Curtz, Grahmn N. Morgan

Represented a purchaser in its multimillion-dollar acquisition of one hundred percent of the outstanding stock of a coal producing company. This transaction involved drafting and negotiating significant lease amendments relating to the underlying coal reserves and a complex non-compete agreement with the seller. Representation further involved the restructuring of the target companies’ corporate structure following the closing of the transaction.
Chauncey S.R. Curtz

Represented a subsidiary of a publically traded British investment company in the $60,000,000 asset acquisition of a coal producing company with U.S. mining operations on coal reserves located in several states. The transaction involved complex financial structuring and the structuring of the British company’s U.S. business operations. Our firm’s experience in mergers and acquisitions and natural resources brought intrinsic knowledge and significant value to both the transaction and the business structure.
Chauncey S.R. Curtz

I served as the Coal Producer's party-appointed arbitrator in a dispute over the propriety of a claimed force majeure under a large-volume, long-term coal supply contract, and the liability for the cost of purchasing substitute coal for coal my client did not deliver.  After prevailing on a summary judgment motion regarding some of the technical coal mining force majeure issues, the case was settled very favorably to the client.  The utility accepted the propriety of the claimed force majeure, and a major portion of the contract was renegotiated.
Chauncey S.R. Curtz

We developed a structure which allowed the economic benefit of certain non-assignable coal supply agreements to be realized by the new entity without breaching the anti-assignment provisions.
Chauncey S.R. Curtz

Our firm represented the Plaintiff in this lawsuit, a large national coal company, for bad faith breach of a long term requirements contract which resulted in significant reductions in the tonnages of coal purchased from our client. A favorable settlement was reached while the case was pending in arbitration.
Chauncey S.R. Curtz, Barbara B. Edelman, Mindy G. Barfield

When Pine Branch Coal Sales was presented with the opportunity to sell their operating assets, they turned to Dinsmore for counsel. A family-operated coal company, Pine Branch was approached by Blackhawk Mining, LLC about the potential transaction, which would allow Blackhawk to more than double its production. We worked with Pine Branch to facilitate the deal, including conducting due diligence analysis and preparing and drafting the appropriate documentation. We also assisted the client with the complex financial aspects of the deal, which included a component of seller financing and a multi party intercreditor arrangement with a consortium of lenders headed by Deutsche Bank. We then counseled the client through the closing and execution of the sale, which was completed efficiently and to the satisfaction of the client.
Chauncey S.R. Curtz, Kerry O. Irwin, John R. Rhorer, Jr.

We advised the client with respect to all aspects of the case, which was originally filed in State Court in St. Louis, then dismissed and re-filed in the US Bankruptcy Court in NY following the client's Chapter 11 filing. The U.S. District Court withdrew the reference and assumed jurisdiction of the claims. We litigated these claims for a fraction of the cost that would have been incurred by New York counsel, and achieved a very favorable settlement for the client.  The settlement  was approved by the Bankruptcy Court without objection from any constituency in the bankruptcy. Following approval of the settlement by the Bankruptcy Court, all claims were dismissed.
Barbara B. Edelman, Chauncey S.R. Curtz, Mindy G. Barfield, Joseph N. Tucker

Represented Plaintiffs in litigation in New York and Kentucky courts over enforcing indemnity and other contractual agreements to assume commercial bank note for coal operations. Have been successful to date on behalf of the Plaintiffs in pursuing claims in Kentucky and in defending arguments to compel arbitration and/or to dismiss the case because of a New York forum selection clause.
Chauncey S.R. Curtz, Mindy G. Barfield