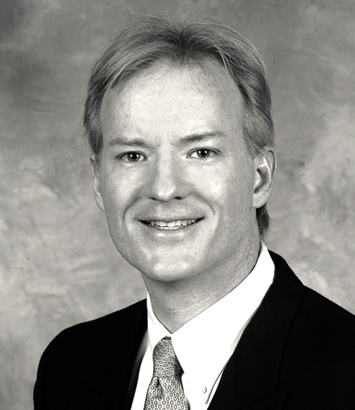 I played a lead role in obtaining dismissal in 2009-2010 of a $97 million claim brought against a private equity fund and pertinent directors and officers in Federal District Court in Oregon. The case, brought under civil RICO provisions, involved an international transaction with Canadian entities, and concerned alleged contingent consideration owed under a stock purchase agreement. The issues had been previously raised in Canadian proceedings and remain subject to international arbitration in Canada. I served as the lead attorney in extensive briefing on issues involving forum non conveniens, abstention, arbitration, and RICO, which led the Court to dismiss the case with prejudice.
Richard D. Porotsky, Jr., David D. Black

Obtained beneficial settlement of shareholder class action lawsuit by City of Pontiac General Employees' Retirement System seeking to preclude the sale of assets in multi-million dollar transaction. In a related matter, successfully defended against a motion for preliminary injunction where management company sought to delay termination of a management agreement in light of the pending sale of assets.

I played a lead role in successfully assisted our clients, two private equity funds and their investment advisors, in resisting a $62 million claim made against them. The case centered around the sale of the stock of Precision Industrial Corporation, a company which manufactured and serviced steel coil processing machinery. After the sale, and amid an industry downturn, the buyer defaulted on its loans and filed for bankruptcy. The buyer then claimed that it had substantially overpaid for the stock of Precision and that our clients had unfairly benefited as part of an alleged leveraged buyout. Filing an adversary proceeding in Bankruptcy Court, the Plaintiffs sought to recover most or all of the original sale price. They blamed the selling stockholders and their advisors for subsequent industry problems and technical issues which surfaced after the stock purchase. When settlement negotiations proved unsuccessful, I argued and prevailed in discovery motions in Court. I then lead the effort to obtain detailed accounting, engineering, and business data which ultimately vindicated our clients in demonstrating that the deal had been fair and reasonable. I worked with expert witnesses, including forensic accountants and business valuation experts, to gather and analyze the pertinent data. I personally took numerous key depositions of the critical fact and expert witnesses. When we presented our case in Court on summary judgment, we convinced Plaintiffs to dismiss their fraud claim, and admit that as to remaining claims, it was "impossible to say Plaintiffs were likely to succeed at trial." The Bankruptcy Court then approved a nuisance value settlement in an amount less than the remaining cost of defense, less than one-half of one percent of the amount claimed in the Complaint.
Richard D. Porotsky, Jr., David D. Black

Obtained Judgment in favor of former CEO of Baldwin Piano Company after a two-week trial in Federal Court in the Southern District of Ohio. The Committee of Unsecured Creditors alleged, among other things, that the CEO breached her fiduciary duties in the management of the Company and sought damages in excess of $28 million. Earlier in the case, we obtained the dismissal of approximately $24 million in unsatisfied secured and unsecured claims and administrative costs associated with the bankruptcy.
Mark A. Vander Laan, David D. Black, Mark G. Arnzen, Jr.

We were counsel for Procter & Gamble in litigation in 1994-96 against Bankers Trust arising out of two substantial derivatives contracts entered into by P&G. The litigation raised numerous issues of first impression involving the application of contract, fraud, negligence and fiduciary duty, federal and state securities and commodities and RICO law to derivatives contracts, and led to Sixth Circuit and Supreme Court decisions on issues including the discoverability of materials relating to Federal Reserve Board examination of regulated banks and the power of District Courts to enjoin publication of materials filed under seal under protective orders. The case involved massive discovery of hundreds of thousands of pages of documents and thousands of audiotapes and computer files, and required extensive computerization for discovery management. The matter settled shortly before trial, resulting in a $165 million recovery by P&G, the largest (in absolute or percentage terms) of any such publicly reported derivatives recovery.
John D. Luken, Gregory A. Harrison, David D. Black

Recording Industry of America vs. Various Defendants in Ohio and Kentucky

Acted as counsel seeking to enjoin the illegal uploading and downloading of copyrighted music over the internet on peer to peer websites.
David D. Black